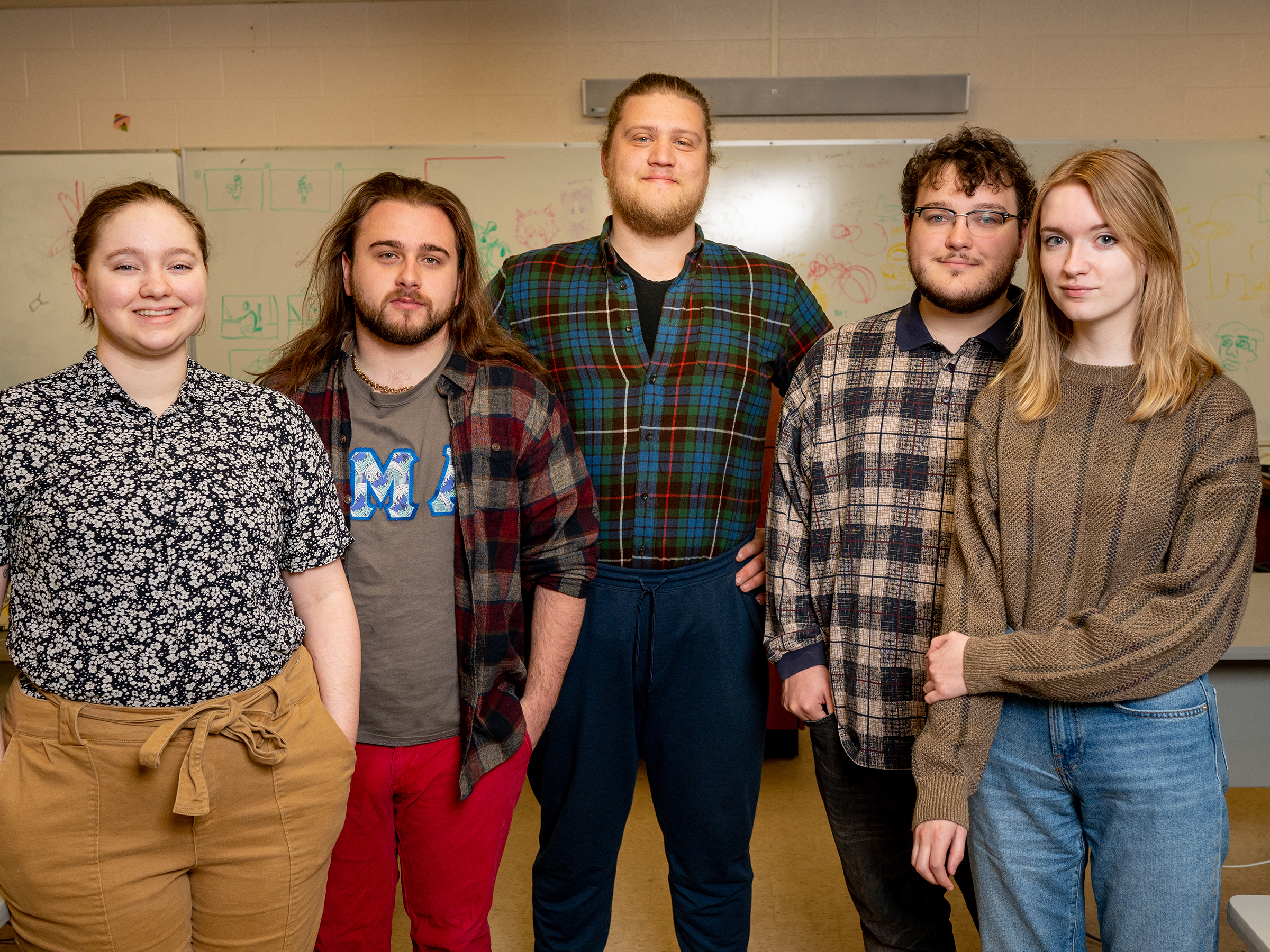 Leah DeJohn, Abigail Frisch, Beau Henry, TK Kratz and Luke Shay, known as The Miraculous 112 – which created “The New Normal” from the official prompt – finished their submission in a record-breaking time of 12 hours, which was No. 1 in the entire U.S. The team placed fourth overall out of 208 teams that participated in the 19th year of the contest.

Edinboro University sent six teams to the annual competition for 2021.

“They all did great work and we are very proud of all of them,” said Brad Pattullo, professor of art, animation and filmmaking at Edinboro. “We are blown away by the winning team's accomplishment. These students are at the top of their class and are very talented, motivated and hardworking. They have a bright future ahead of them.”

“The Bidoofers,” a film from Fundação Armando Alvares Penteado in Brazil, took the top spot in the contest with 256 points. “InkPink” from Belas Artes University in Brazil finished second with 240 points. Seneca College in Toronto finished third with “Big Jug Juggalos,” while Capilano University in Vancouver rounded out the top five with “Prumboltar” and 233 points.

As a result of their finish, the Edinboro team earned a prize valued at $12,470, which includes $1,000 cash ($200 to each student), five premium passes to the CTN Animation Expo in California – one of the largest animation conventions in the U.S., five masterclass seats with Disney animator John Pomeroy, a 1-hour session with Walt Disney Animation Recruitment and Talent Development and prizes from Toon Boom, Sony Pictures, Animation Magazine and DreamWorks.

“Although this contest sounds crazy — it is a rapid speed lesson in animation production,” said Aubry Mintz, festival organizer and animation professor at Chapman University. The top films are as good as completed student films that take over a year to produce. It’s a chance to set personal goals and work outside of a classroom structure.”