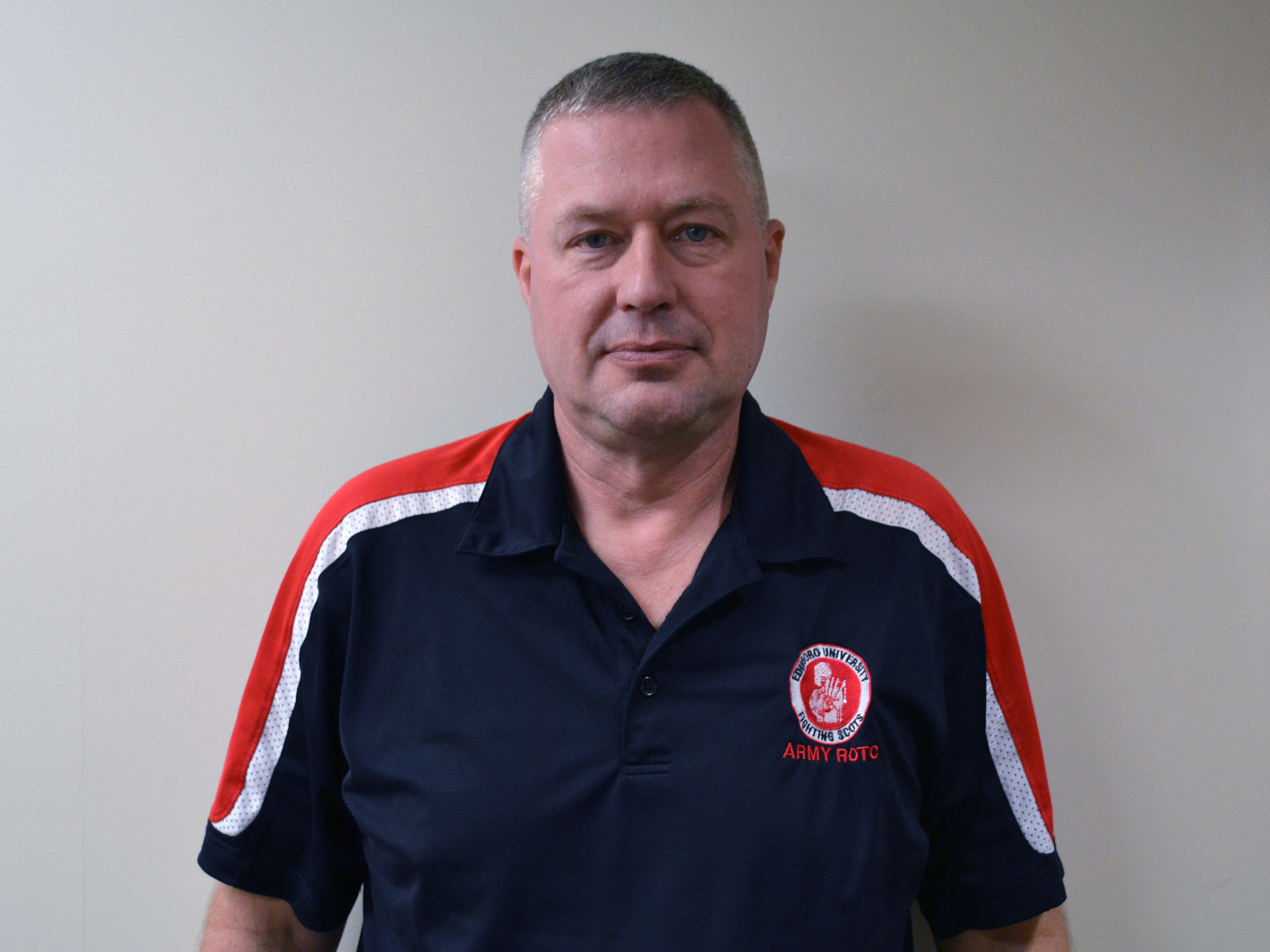 “Military leadership is essential in planning and executing strategy at all levels. And Tom’s leadership over the past three decades proves his dedication to these efforts,” said Lt. Col. Colby Krug, commander of the Edinboro ROTC battalion. “Through his active duty service and his efforts in recruiting ROTC cadets, he has served his country admirably and will leave a legacy of success we can only hope to replicate in the future.”

His first duty assignment was as an infantry mortarman. In 1991, he entered active duty as a recruiter for the Pennsylvania Army National Guard. Anderson’s follow-on assignment included a tour as an anti-armor infantryman, a Unit Readiness Non-Commissioned Officer before reclassing to Human Resources.

He would then work his way up to become the Senior Human Resources Sergeant for the Battalion Headquarters of the 1st Battalion 112th Infantry ensuring soldiers were paid, received awards and accounted for properly.

On two separate occasions, Anderson deployed overseas – the first of which was to Kosovo from March of 2003 to March of 2004 as part of Operation Enduring Freedom. While there, he served as the Brigade Personnel Sergeant for U.S. Forces assigned to Task Force Falcon on Camp Bondsteel, Kosovo.

He then deployed to Iraq in support of Operation Iraqi Freedom to relieve a unit of their duties from September of 2008 to September of 2009 and served as the Senior Personnel Sergeant for the 1st Battalion 112th Infantry, 56th Stryker Brigade Combat Team serving at Camp Taji, Iraq.

In November 2011, Anderson retired from active duty and immediately began serving as a Department of the Army civilian for Edinboro University’s Army ROTC program. His role is to put deserving young adults from the surrounding community and counties in front of US Army formations as platoon leaders.

“The majority of these young adults that he has put into the ranks have already risen to the rank of Major and continue to be very successful as they lead the nation’s sons and daughters in an Army uniform,” Hannan said.

Anderson currently lives in Cambridge Springs with his wife, Dulcie. The Andersons have a son, Jordan, who is graduate of Penn State Behrend college and currently employed as an Agricultural Intelligence Specialist in central New York.

Anderson is a proud cancer survivor and enjoys spending time like most people in Edinboro do – with his family in the outdoors, camping, hunting, fishing and trap shooting.