Called to Serve: Making a Difference 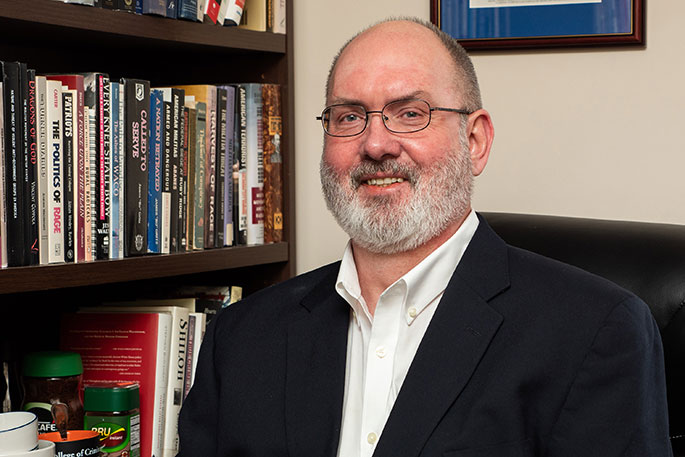 Dr. George Richards, associate professor in Edinboro University’s Department of Criminal Justice, Anthropology, and Forensic Science, believes that at some point in life, we discover what is important. He found his answer more than 5,000 miles from home.

Richards, who joined the Edinboro faculty in 2004, was selected by Professors Without Borders to serve as a guest lecturer at the Institute for Public Administration and Management, University of Sierra Leone during the July 2019 term. A few months prior to this, he worked as a Fulbright Senior Specialist in the Department of Criminology at Raksha Shakti University in India. Seeing the plight of those living in poverty in the Third World has left a profound impression on him.

Involvement from a distance is not the same thing as seeing extreme poverty up close said the Cleveland resident. He had already planned to return to Sierra Leone at some point. When Pastor Joshua Sandy, the Dream Again Home director, invited him to serve on the board, he readily accepted.

“I want to be able to do something tangible. We are all part of a global community. I was fortunate to go to college and earn my degrees. I feel I have a responsibility to give back.”

Richards grew up in the small farming community of Mt. Washington, Kentucky. After college, he wanted to become a Kentucky State Trooper, but, as with most of us, his plans changed. He found himself on a different path that included graduate school. He completed his master’s degree in Justice Administration at the University of Louisville and earned his Ph.D. in Public Administration and Urban Affairs at the University of Akron. He is in his 16th year of service at Edinboro University and has served on various faculties for over 25 years.

Richards, his wife, and son reside in the Cleveland, Ohio area where they are members of Temple Emanu El and active in the community.

Although he has always felt his purpose was in the classroom, he wanted to go to those places where there was need and do what he could to help. This desire led him to get involved with Professors Without Borders which promotes faculty travel to create inspiring learning environments for students across the globe.

Third World poverty can be extreme, said Richards. “The resources in Sierra Leone are pitiful; power outages are frequent. Food and medical care is scarce. The poverty is far beyond what we have in this country.”