From Edinboro University to Pyeongchang 2018 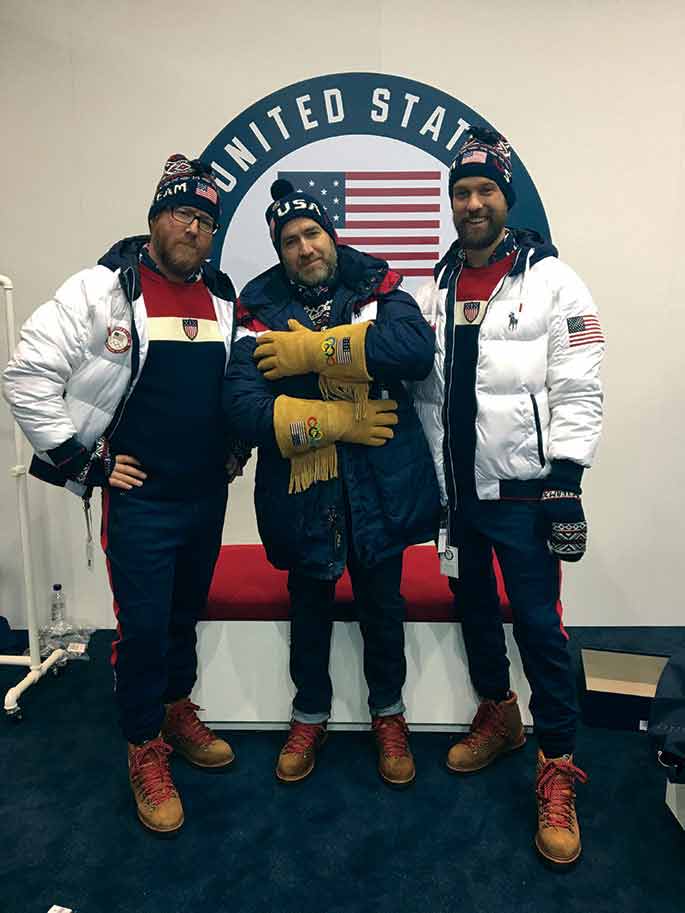 In October 2016, Rick Shimpeno received a phone call he wasn’t expecting. It was Rick Bower, head coach of the U.S. National Ski and Snowboarding halfpipe team. He had a special request.

“We need a coach, and you’re on the top of the list,” Bower said.

And with that, Shimpeno, who graduated from Edinboro University in 1994 with a degree in photography, joined the staff of Team USA as the professional halfpipe coach. A skateboarding kid from Edinboro, who spent his afternoons and evenings skating around the lakeside area, is now practicing with Team USA in Pyeongchang, South Korea, for the 2018 Winter Olympics.

Shimpeno hit the winter slopes for the first time as a kid after his father, George, became a ski instructor at Mount Pleasant of Edinboro, located in nearby Cambridge Springs. The late George Shimpeno, who retired from Edinboro University after 34 years as an associate professor of Health & Physical Education, also introduced his son to the skiing and snowboard junkies on campus and around town.

“It was through my connections at Edinboro University and my network of riders that I made it out to Aspen Snowmass to become a snowboard coach,” said Shimpeno, who packed up his 1984 Plymouth Horizon and headed out to Colorado right after graduating from EU.

Shimpeno also credits his mother, Diana Shimpeno for supporting the athlete’s skateboarding habits at an early age and helping him develop into a young professional.

It was also in Colorado where Shimpeno met his future wife, Phoebe Mills, the 1988 Olympic bronze medalist in gymnastics. Continuing his road to unexpected success, Shimpeno and his wife moved to Vermont, where Shimpeno joined the staff of Stratton Mountain School in Londonderry – a sanctuary for young skiers and snowboarders.

“That was a good step for me, too, because I began working with some of the kids that later went on to compete in the Olympics,” said Shimpeno, who began coaching a junior national team while in Vermont. “That’s when I realized that these kids are graduating from school and going directly to the U.S. Snowboard Team. And I got closer to the coaches at that time.”

In Vermont, Mills founded her own small environmental law firm before the couple moved to California to direct a skating program and camp for younger athletes.

Fast forward to 2016, to that phone call with Bower and the acceptance of a coaching position. After fielding the phone call in October, Shimpeno was on his way in November – joining the national team for training.

“In just a couple weeks, I was on an airplane and right into the mix,” said Shimpeno, who currently spends his time in Pyeongchang, observing the competition grounds for his athletes. “When there’s a good halfpipe, it makes everything else in your experience good. All the food and lodging – everything just fades into the background.”

In the back of his mind, Shimpeno always knew he would be connected with skiing and snowboarding. As a kid, reading skateboard magazines and admiring the creative images on snowboards and skateboards, Shimpeno was immediately hooked.

“When I would look at the magazines, I would look at not just who the rider was, but also who the photographer was and where it was shot,” he said. “My agenda was always that I wanted to get to a point where I can travel, snowboard and shoot photos like that.”

To view a complete listing of 2018 Winter Olympics events and to track Shimpeno’s ski and snowboarding squads, visit www.pyeongchang2018.com.