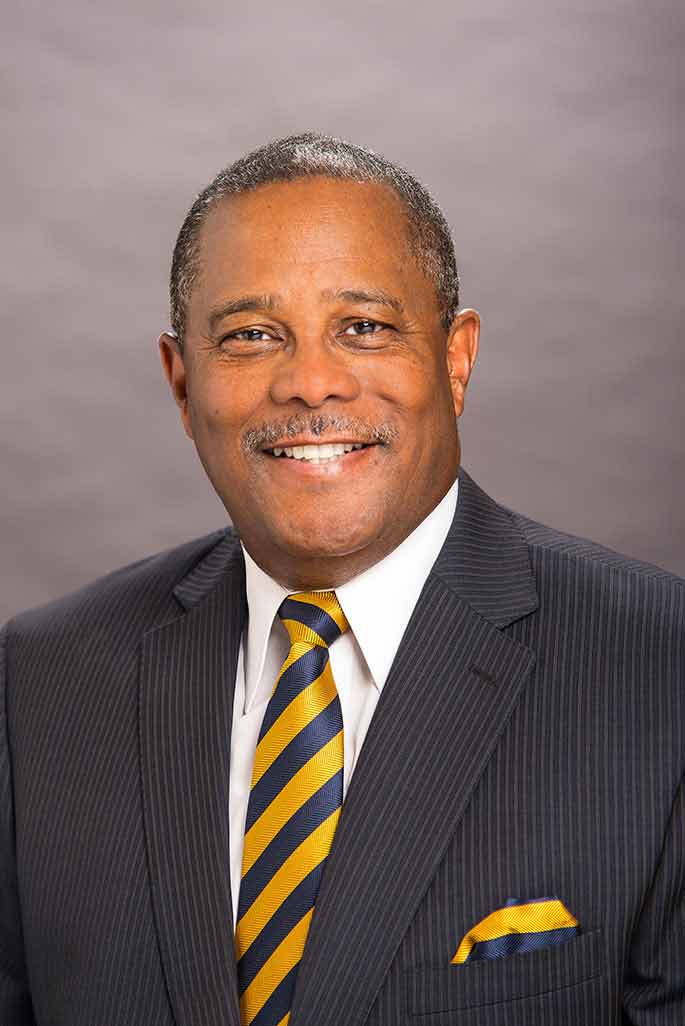 Pennsylvania Gov. Tom Wolf has appointed Erie community leader Danny J. Jones to the Edinboro University Council of Trustees (COT). The nomination was confirmed by the state Senate on May 13.

Jones is chief executive officer at the Greater Erie Community Action Committee (GECAC), a nonprofit agency that seeks to reduce poverty in Erie County through empowerment, education and community partnership. Prior to taking the reins at GECAC in March 2017, he retired as director of student services and homeless liaison for Erie’s Public Schools – a position he held for 24 years.

“Mr. Jones is an accomplished Edinboro alumnus with proven leadership skills and a wealth of experience in education and community action programs,” said Barbara Chaffee, chairperson of Edinboro’s COT and President and CEO of the Tom Ridge Environmental Center Foundation. “We are confident that he will be an excellent addition to the Council of Trustees, and we look forward to collaborating with him as we work to advance the University and serve its students.”

Jones – who spent seven years as a drug and alcohol counselor and youth advocate with GECAC at the beginning of his career – was one of the first certified prevention specialists in Pennsylvania.

Among other community involvements, Jones serves on the board of directors for Sarah Reed Children’s Center, Empower Erie, Erie Together, Erie County Policy and Planning Council, Junior Achievement and Saint Mary’s Home of Erie.

Born and raised in Erie, Pa., Jones graduated from Erie’s Strong Vincent High School and earned his undergraduate in psychology from the University of Pittsburgh. He then received his Master of Arts in Counseling – Student Personnel Services from Edinboro University.

His wife, Angela, completed an associate degree at Edinboro and worked for 13 years as the secretary for the Fighting Scots football, basketball and wrestling programs.

“Education is the great equalizer and one of the keys to a good life and a better society,” Jones said. “I am honored to support my alma mater and to provide this opportunity in a fair and equitable manner during these changing times.”

Trustees are nominated and appointed to six-year terms by the Governor of Pennsylvania, with the advice and consent of the state Senate. Jones succeeds Kathy L. Pape, a 1975 Edinboro University alumna who has served as a Trustee since 2012.

The Council of Trustees is Edinboro University's governing body under the 14-university Pennsylvania State System of Higher Education (PASSHE).