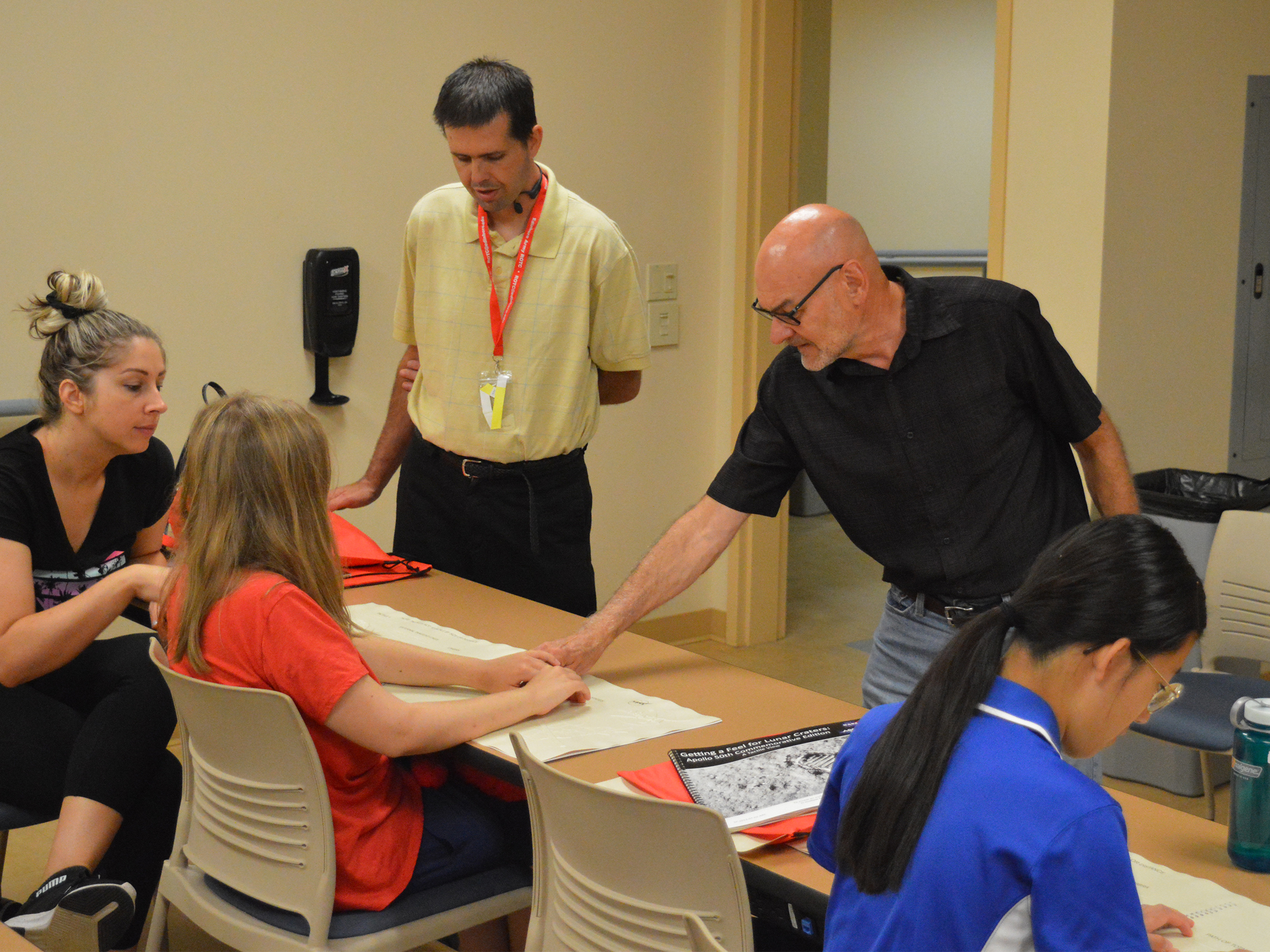 The last total solar eclipse that was clearly visible from North America occurred in August 2017. The next major eclipse will pass over Edinboro on April 8, 2024, as the community lies within the path of totality – where the moon covers the sun completely.

As astronomy enthusiasts prepare for the upcoming intergalactic phenomenon, Dr. David Hurd, director of PennWest Edinboro’s planetarium, is expanding his outreach to students with visual impairments – significantly widening the audience for solar eclipses.

“Being able to expand ‘viewership’ of the eclipse – and any astronomical event for that matter – is what motivates me to continue teaching astronomy,” said Hurd, who has been teaching science and astronomy-related courses at Edinboro for 30 years. “It is those magical moments when I see the lightbulb come on for my students who may have never experienced astronomy visually but are starting to connect the dots in their mind's eye.”

This summer, Hurd is hosting groups from Erie, Crawford, Venango and Allegheny counties for an on-campus astronomy camp for students with visual impairments. During the camps, participants use tangible items to re-create the moon phases and a selection of tactile books to research eclipses and characteristics of the moon, our solar system and stars.

Using Hurd’s multisensory textbooks, students experience the total solar eclipse through their fingertips and ears. In 2017, the Hurd led the production of “Getting a Feel for Eclipses” the official NASA braille guide to the Great American Eclipse – which occurred that August. 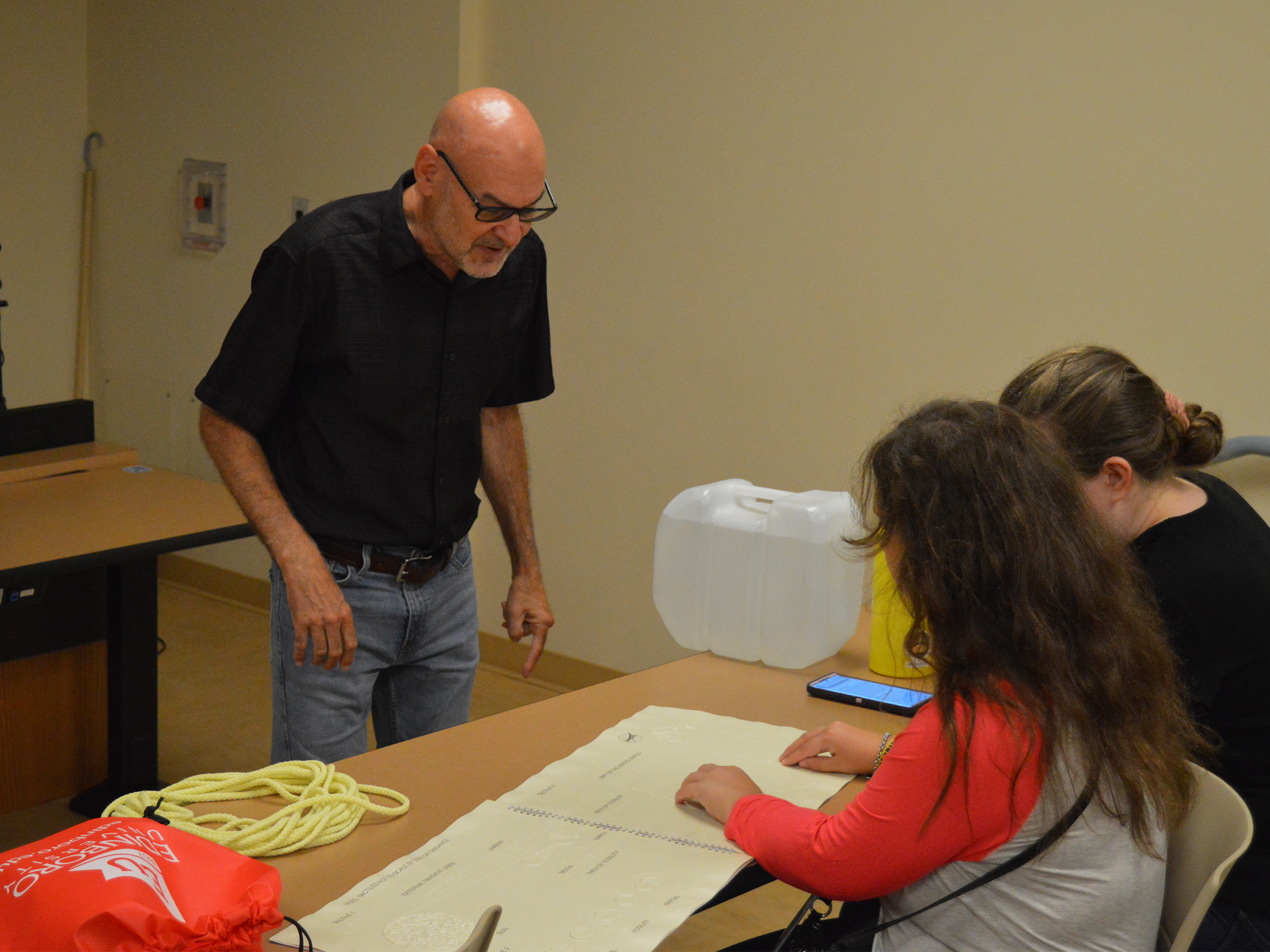 Students with visual impairments can scan the QR code on the cover of the book to access audio tracks with narration. Inside the book, students can find Braille images and text to experience eclipses and learn about solar and lunar patterns. During the camp, students explored seven books and many different hands-on activities that highlight astronomical concepts.

Each book was written and produced by Hurd and his colleague, Dr. Cass Runyon from the College of Charleston and was supported through Joe Minafra, who works with the Solar System Exploration Research Virtual Institute – an arm of NASA.

“I have worked with students with many different impairments, but I particularly like working with the blind and visually impaired community as they have a unique aspect of understanding and making sense of our world and universe,” Hurd said. “And why should our enjoyment of the heavens be limited to just sight? Aren't we all haptic learners who like to touch and understand? That's often why we make models.”

Hurd is no stranger to bridging gaps between teaching science and reaching students with disabilities and visual impairments.

Partnering with Runyon, Hurd has produced many products for NASA that have helped bridge the gap between the research community and special needs students. Highlights of their work include the “Tactile Guide to the Solar System,” which is part of the “Lunar Nautics” toolkit, through NASA's Central Operations of Resources for Educators (CORE).

Recently, Hurd served as co-principal investigator on a major Department of Education grant that educated science teachers on how to better address the needs of students with visual impairments and is currently working with San Jose State University on a National Science Foundation Grant.

The Summer Astronomy Camp for Blind and Visually Impaired High School Students was funded through the Pennsylvania Space Grant Consortium.