CEO of Vibrant Pittsburgh works to attract, retain and elevate an inclusive workforce 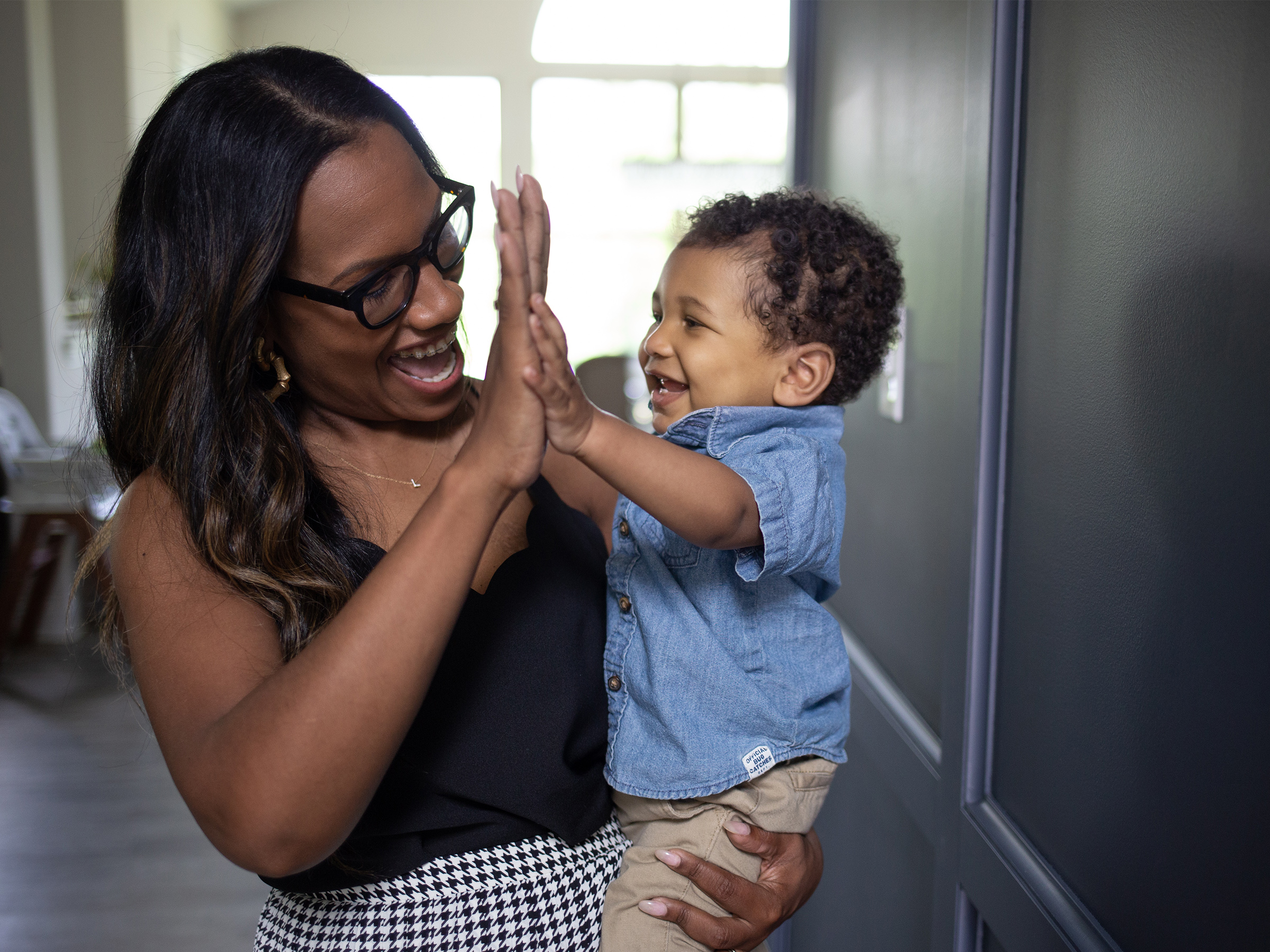 Sabrina Saunders Mosby (’03) wants you to fall in love with Pittsburgh.

She wants you to live, work and play in the city she calls home. Most of all she wants you to stay in Pittsburgh — whether you were born there or settled down along its three rivers.

As the president and CEO of Vibrant Pittsburgh, Saunders strives to carry out the organization’s mission “to build a thriving and inclusive Pittsburgh region by attracting, retaining and elevating a diversity of talent.”

She is reaching out to just about everyone to create a new kind of Pittsburgh workforce and community. That’s a big challenge, especially since Saunders describes herself as a “loner” who didn’t reach out to anyone during her first two years at Edinboro.

“Up to the start of my junior year, I went home every weekend or visited my aunt in Erie to do laundry,” she said. “I didn’t go to parties. I didn’t socialize. I was at school for one reason — to get an education.”

Despite her focus on academics, Saunders’ ultimate success seemed uncertain.

“I initially majored in business finance, but I couldn’t pass quantitative analysis,” she said. “So, I switched to communications, the one area that accepted most of my credits.”

That’s when everything changed.

“I took a PR course, and we were watching a documentary about George Stephanopoulos and speechwriting for Bill Clinton. That’s when I said, ‘That’s what I want to do.’ Once I figured out what I wanted to do with my life, I became more engaged on campus.”

That surge of engagement helped earn her a place on the Department of Communications Wall of Fame in Compton Hall.

Within a year of graduating, Saunders was talking to students at a Pittsburgh high school about her ambition to be a speechwriter. Afterward, another speaker introduced himself, and together they laid out a plan to achieve her goal.

The first step was volunteering on a local political campaign. After the campaign she got a call for an interview to work with U.S. Rep. Mike Doyle.

“Actually, I never interviewed for any job I ever had,” she said. “I got them by building relationships.”

Those strong ties helped her land positions in the mayor’s office, the Pittsburgh chapter of the Urban League and Strong Women, Strong Girls — her first leadership position.

Today, as the leader of Vibrant Pittsburgh, Saunders is building relationships with businesses, colleges, community groups and other organizations to improve and expand the diversity of Pittsburgh’s workforce and overall population.

She understands that the task is big, especially regarding people of color.

“I’m a Pittsburgher, born and bred,” she said. “But I know a number of people of color who have moved on to other cities for opportunities they did not believe they could achieve in this region.”

One is her former math tutor at Edinboro, James Whitner (’01). After graduating, Whitner moved to Charlotte, N.C., to start a streetwear fashion and sneaker company. His company — the Whitaker Group — now has locations in several cities, including Houston, Washington, D.C. and Pittsburgh.

“We have to work harder than ever to change that perception, to increase diversity so that people like James don’t leave Pittsburgh,” Saunders said.

Instead of platitudes from politicians, the push for diversity needs measurable actions to ensure that everyone is treated fairly and equally, she said.

Companies and organizations frequently congratulate themselves for hiring a person based on race, gender or physical and developmental capabilities, Saunders said. Too often, those people are the “first and only” to be hired for some time. And in many cases, diversity hires don’t move into the upper reaches of leadership.

Vibrant Pittsburgh is ready to bring about a change in the way businesses view and achieve diversity, she said.

“In the past, Vibrant Pittsburgh has been an accountability partner with businesses,” she explained. “But the future of diversity in the region requires business leaders to take the lead in this work. They need to hold themselves accountable so that Vibrant Pittsburgh becomes an inclusion partner. We are developing systems on our own to help change the narrative as it relates to Pittsburgh being a welcoming place — and a destination of choice — for diverse backgrounds.”

While Saunders welcomes every incremental step in increasing diversity across the business community, she said the real celebration will come when the “first and only” labels are no longer needed or relevant.

When that happens, she said, people will not only fall in love with Pittsburgh, but they’ll stay there.