Diversity, equity and inclusion initiatives gain momentum at Edinboro and across the system 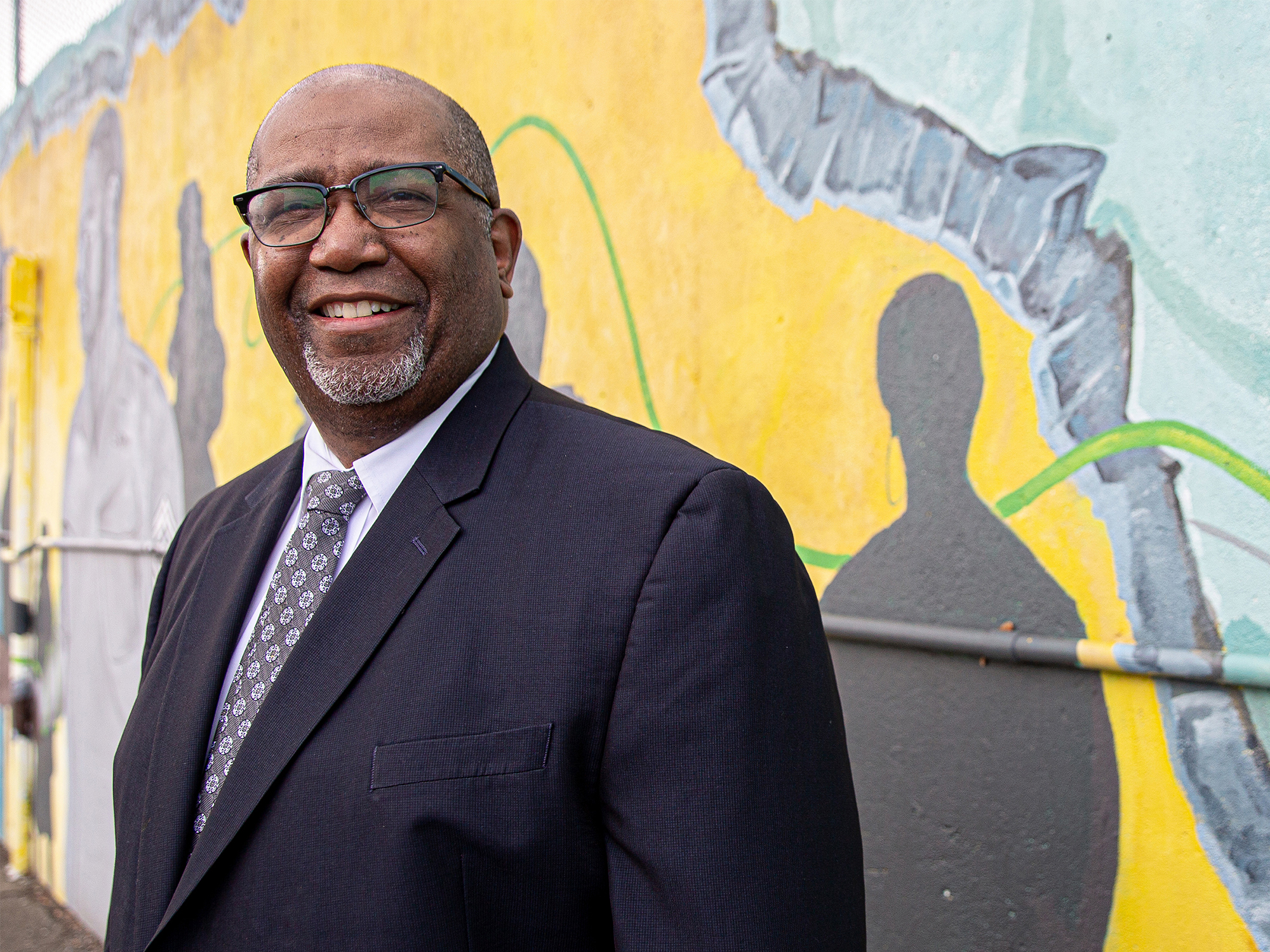 Terrence Mitchell, Ph.D., did not set out to do diversity work, but his collective experience as a peer counselor for African-American students while in graduate school, assistant director of minority student services at the University of Oklahoma, and director of student activities at San Francisco State University prepared him well.

Mitchell has served as Edinboro University’s chief diversity and inclusion officer since January 2019. In August 2020, he added another role to his portfolio – special assistant to the president for diversity at Slippery Rock University. After filling both roles for 11 months, he has been fully devoted to Edinboro since July 1.

An Oklahoma native and the son of two teachers, who were also activists, Mitchell planned for a journalism career while an undergraduate at the University of Central Oklahoma but later shifted course. He landed his first chief diversity officer role in 2014 at the State University of New York at Oneonta, where he spent four and a half years before being appointed at Edinboro.

Diversity and inclusion work has changed since Mitchell was a college student, and many of the changes have been for the better.

“There are more people to help with the work, and diversity, equity and inclusion leaders now hold cabinet-level positions at colleges and universities, which reflects the importance of the role.” At the same time, he noted, today’s students from underrepresented groups face many of the same problems as their predecessors.

Edinboro has had a history of good diversity work, but there remains much to do, said Mitchell. “At one time, the University had a critical mass of students of color, and the students felt supported. Between 2010 and 2019, we lost that critical mass,” Mitchell said, noting that diversity work involves all underrepresented populations, including members of the LGBTQ+ community, those with disabilities, and members of faith traditions that are in the minority on some campuses or regions of the country.

It helps, he noted, that Pennsylvania’s State System of Higher Education is prioritizing diversity, equity and inclusion (DEI) efforts across its 14 campuses and is establishing accountability measures.

“Collaborating as a System, we can take best practices from one campus and scale them so that students across the System benefit.”

The System hired Denise Pearson, Ph.D., as its first vice chancellor and chief diversity, equity and inclusion officer in August 2020. Immediately prior to joining the System, Pearson served as vice president for academic affairs and equity initiatives for the State Higher Education Executive Officers. The first in her family to graduate from college – and high school – Pearson has a commitment to civil rights and social action. She was attracted to the System because from its highest levels, there is support for DEI and a recognition that although progress has been made, there’s more to be done.

“Our job is to ensure that all students flourish and are not hindered by race, gender, abilities or sexual orientation,” said Pearson. “Although there’s much to be done, the System is trending in the right direction. Leadership is essential to the work.”

In addition to support from the Board of Governors and the chancellor, Pearson applauded the commitment of Dale-Elizabeth Pehrsson, Ed.D. (“Dr. Dale”), Edinboro and Cal U's interim president and president of Clarion University.

“This work is about the students and giving them what they need. Dr. Dale is clearly a leader committed to DEI and to doing it right. She understands the importance of the work and its complexities and sees it as a moral imperative.”

The System is the whole of its 14 campuses, Pearson said, echoing Mitchell’s statement that as a System there’s an opportunity to take the best of what is happening across the 14 campuses and expand them.

“We’re at a pivotal moment. We have an opportunity here. My role is to be a convener and to serve as a catalyst to scale the best of the work that’s being done.”

Mitchell said he’s excited about the gathering momentum around DEI. “The ability to standardize best practices across the System is exciting. It will benefit our students, faculty, staff and the communities we serve. That’s a great thing.”