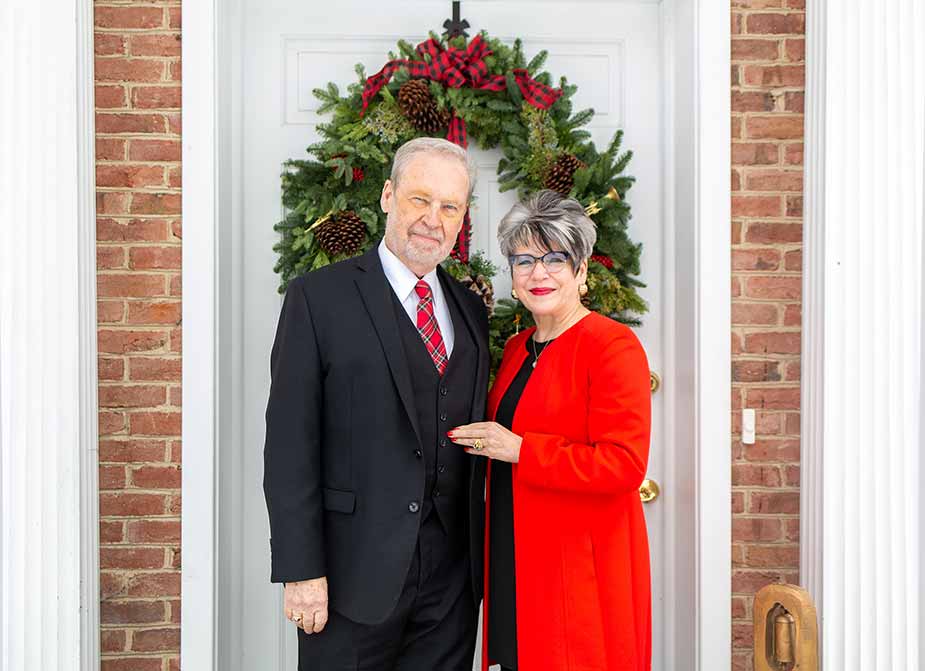 Dr. Dale-Elizabeth Pehrsson brings a breadth of experience to the interim presidency of Edinboro University, a role she assumed on New Year’s Day. She will continue as president of Clarion University, a position she has held since 2018, and will remain as leader of the Pennsylvania State System of Higher Education’s Western Integration initiative. The integration would involve Edinboro, Clarion and California University of Pennsylvania in a proposed consolidation that is believed to be the first of its kind in U.S. higher education.

“Dr. Dale” to her students and colleagues, she succeeds former Edinboro President Guiyou Huang, who was recently appointed president of Western Illinois University.

A native of New York City, Dr. Dale has served as a business owner, nurse, hospital administrator, mental health counselor, career counselor, faculty member, dean and university president. Her career spans more than 40 years in different parts of the country from the East to the West Coast to the West and Southwest.

Born in Queens, she is one of four children of a New York City gold shield detective and a registered nurse, both of whom are deceased. The first in her immediate family to graduate from college, she earned her academic credentials at state universities and has long been a passionate advocate for regional comprehensive universities and the access they provide to social mobility. She has seen firsthand the transformative power of a college education and has dedicated the past 22 years to ensuring that others have the same opportunity.

An avid endurance bicyclist who covers 100 miles per week, Dr. Dale exudes energy, energy she will need in the coming months as she regularly makes the drive from Clarion to Edinboro. She intends to spend substantial time on both campuses and looks forward to getting to know the Edinboro University community.

“Edinboro has such a rich and proud history, steeped in tradition and shaped by the lakes that surround it and the blistering winds and lake effect snow that test its resilience,” she said during a recent interview. “It is a community of strivers, and that resonates with me.” Dr. Dale embraces the benefits and beauty of winter having spent many years living in Idaho, Michigan, Pennsylvania and upstate New York.

The power cycling gives her an opportunity to think, she said, laughing at the notion that it is a chance to relax. “When I’m on my bike, my mind is working as fast as I’m traveling.”

All Roads Led to Current Role

Early in her career, she was drawn to nursing because it was a field that afforded an opportunity to help people get well physically. Over time, she transitioned to mental health counseling, where she worked with clients to improve their emotional well-being. “The two go hand in hand, and they are also related to teaching in that educators are also helpers.

“There’s a ripple effect to education. Faculty and staff members and even college presidents are stewards who have the privilege of touching the future. The mission we serve is so important. We transform the lives of students, who then go on to improve their communities, the Commonwealth and the broader world. Education at all levels – PK to graduate school –leads to an informed citizenry. That’s what gets me out of bed in the morning.”

A pen and ink artist and former art therapist, Dr. Dale said she has always been smitten by the arts and is quite impressed with Edinboro’s 100-year history as a leader in the area. She is looking forward to visiting studios during an in-person tour of campus and eventually meeting faculty, staff and students in person.

Those who have worked with her describe Dr. Dale as creative, strategic, insightful and engaging; an inspirational leader who gets things done. While there is a common thread to her experiences in other sectors, there have also been unique aspects of each that have afforded her a different perspective.

The nurse turned mental health counselor understands how essential physical and emotional health are to leading one’s best life. The faculty member turned dean turned college president understands that all faculty and staff have a privileged role to play in the lives of the students they serve. The higher education leader, who earned her first degree at a community college before earning a bachelor’s, two master’s degrees and a doctoral degree in education, understands the importance of access, opportunity, persistence and grit.

Happy to Be in Pennsylvania

She and her husband, “Dr. Bob,” a retired professor emeritus of literacy and psycholinguistics, and their dog, Damon Runyon, are looking forward to proudly wearing the Tartan plaid. Red, she said, has always been a favorite color.

After many years in the West, they are happy to be living in Pennsylvania, where both had spent time. In fact, prior to her appointment at Clarion, Dr. Dale spent a year as an ACE (American Council on Education) fellow at Misericordia University in Dallas, Pa. While it is a nice place to visit, neither she nor Dr. Bob, a Brooklyn native, miss living in the city. When she and her siblings were growing up, her parents took them camping up and down the northern East Coast for six to eight weeks every summer as both an escape from the crowds and a chance to gain an appreciation for nature. That love of the outdoors as stayed with her.

Dr. Dale said she is excited about the future of the System and its universities. “The mission we serve is critical. The planning we are doing will greatly expand opportunities for students both within and beyond the Commonwealth, while keeping premier academic programs affordable and accessible.”

Although life will be even more hectic as she takes on dual presidencies, she is quite comfortable in the expanded role.

“Once you find what you are called to do, it is not a burden. That’s true for all of us.”