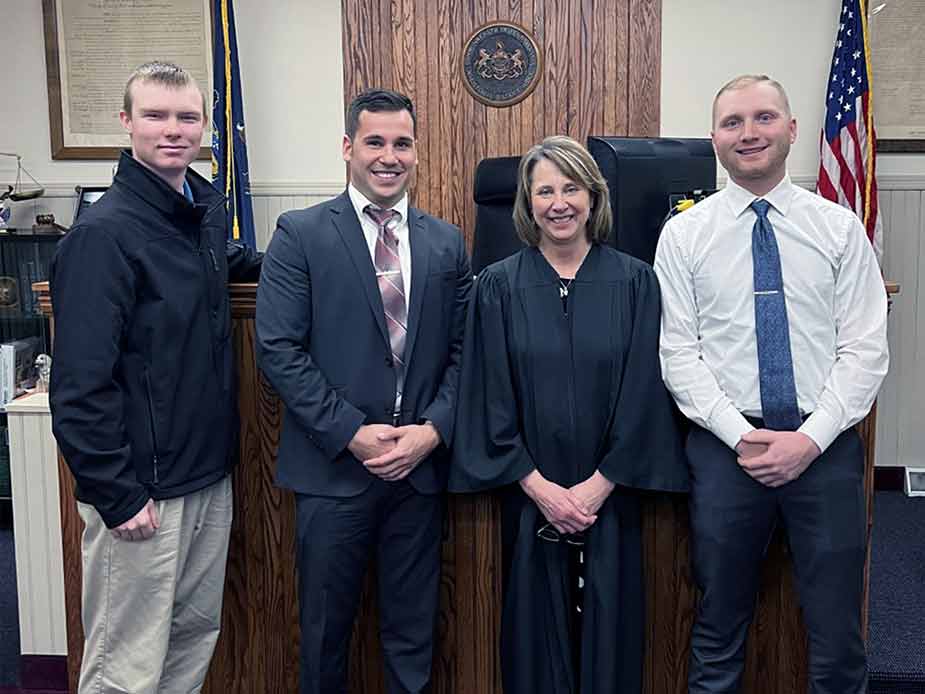 After their commission from Pennsylvania Governor Tom Wolf, the new officers were sworn into the department on Feb. 22 by District Judge Denise Stuck-Lewis in McKean, Pa. 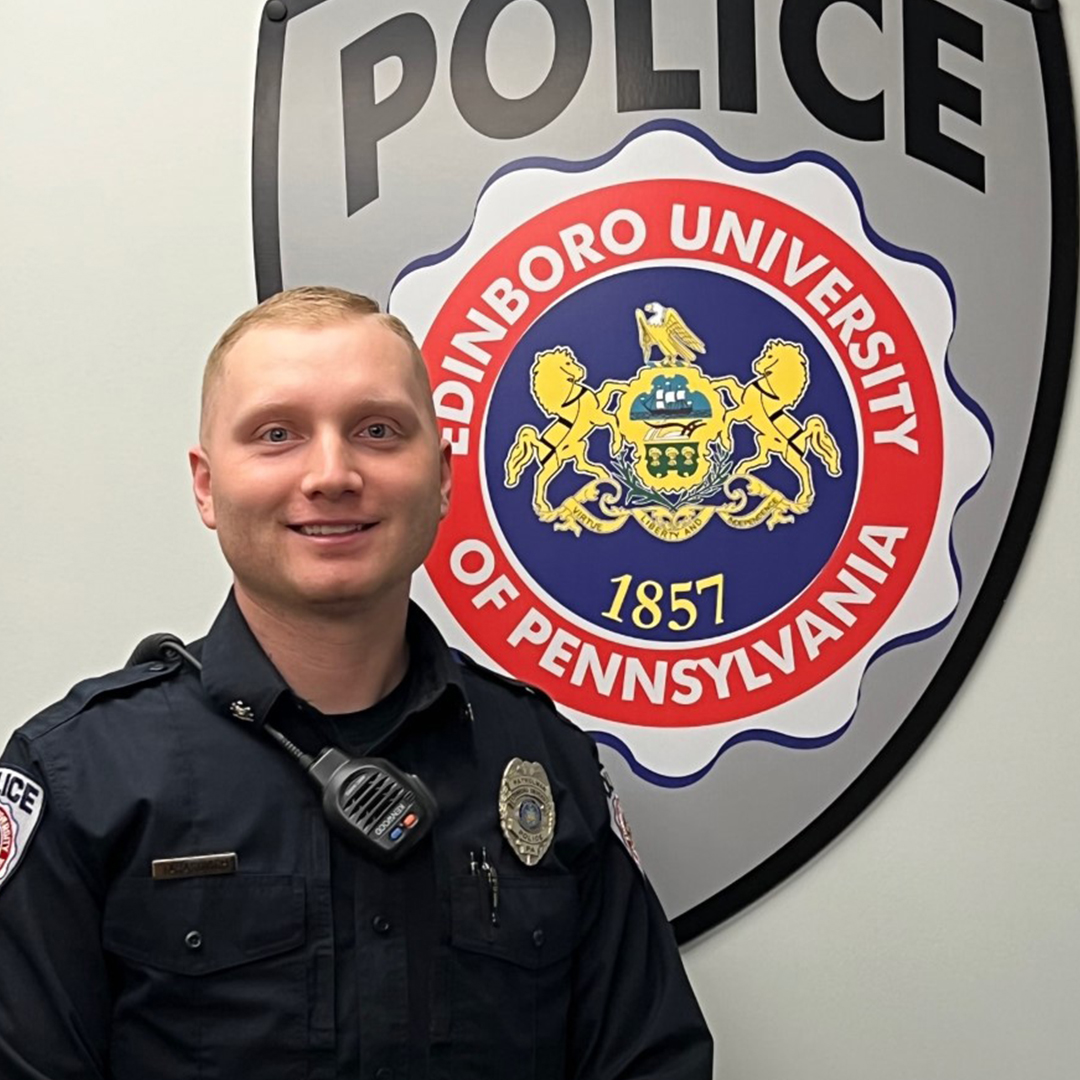 Ryan Tarasovich, a native of Cambridge Springs, Pa., previously worked with the Pennsylvania Department of Corrections. In his spare time, he enjoys the outdoors – especially bowhunting and spending time with his dogs. 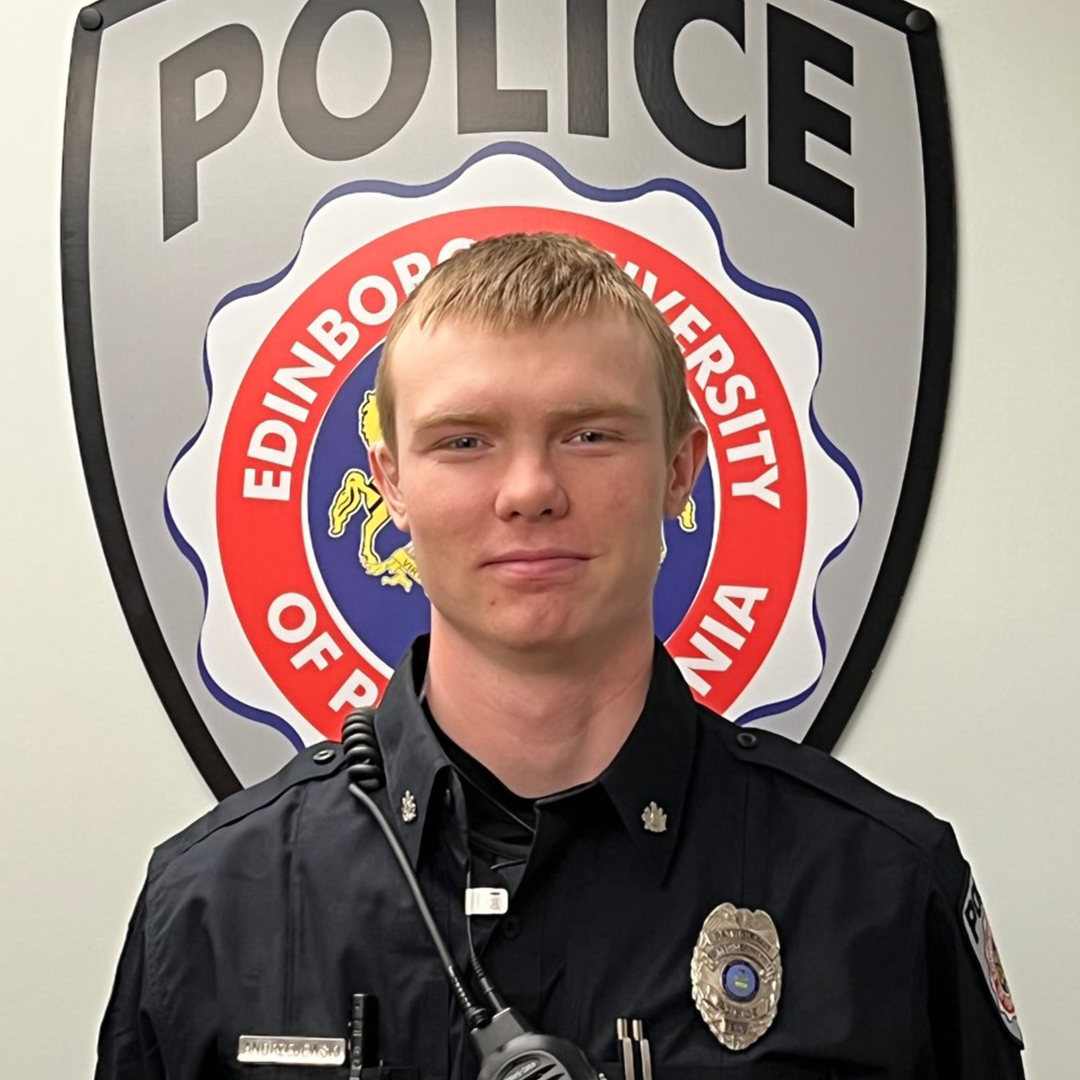 Erie native Alex Andrzejewski graduated from the University of Pittsburgh-Bradford in 2020 and the Mercyhurst University Police Academy in July 2021. He hopes to mix his profession and personal interests to become a K-9 officer. When off duty, he enjoys baseball, softball, golf, cornhole and fishing. 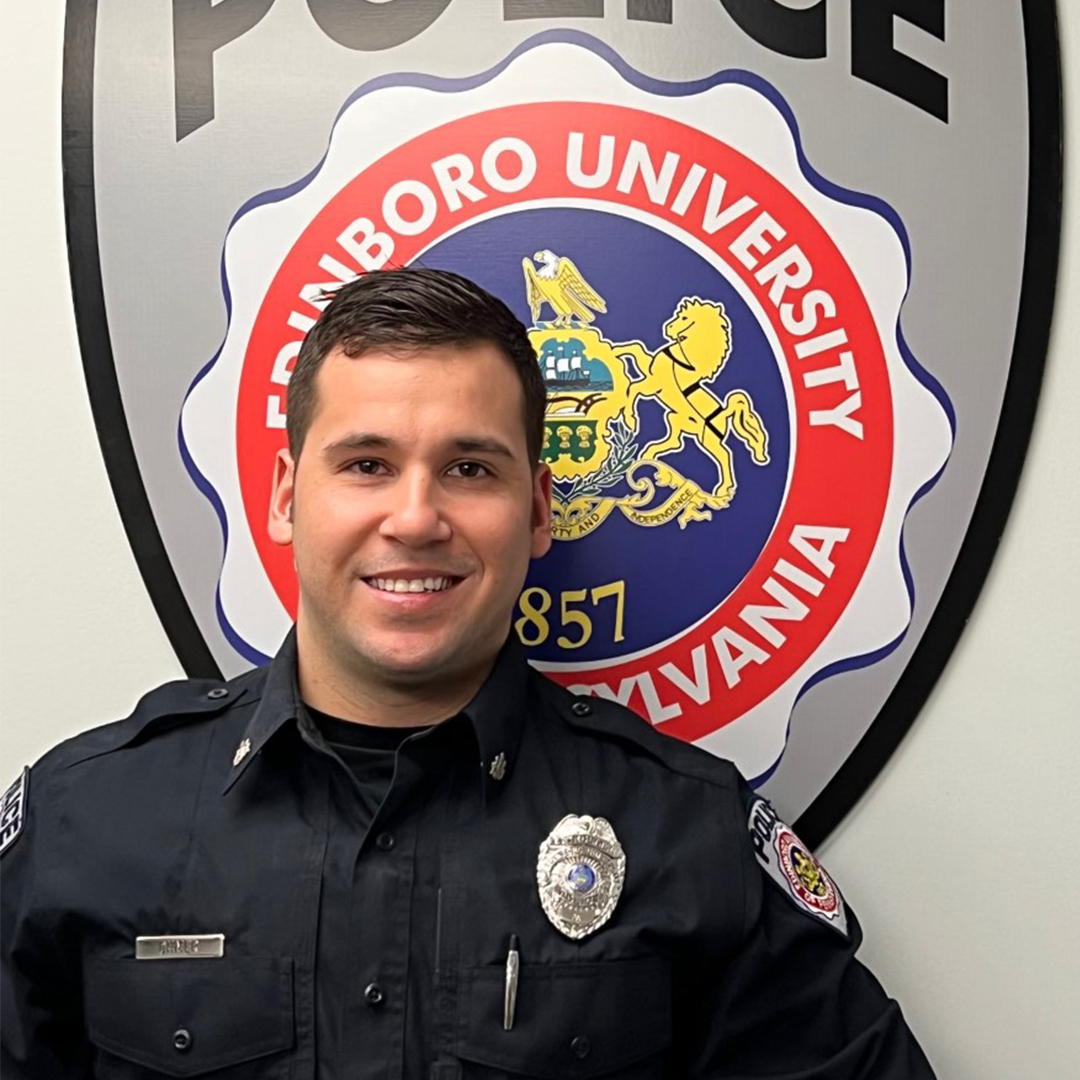 Luke Ohmer, a native of Saegertown, Pa., enlisted in the United States Air Force Security Forces immediately out of high school and was stationed at Royal Air Force Lakenheath in the United Kingdom. Later, he shipped to Andrews Air Force Base in Maryland. After his six-year active-duty enlistment, he worked as a Fairfax County police officer in Virginia for six years while continuing to serve in the Air National Guard for three years. Ohmer enjoys outdoor activities, playing sports and dancing.