After a one-year hiatus due to COVID-19, Edinboro University’s ROTC Battalion will once again host an on-campus Veterans Day ceremony to recognize the individuals and families who served in the United States Armed Forces.

The Edinboro University community and the general public are invited to the flag-folding ceremony at 11 a.m. on Thursday, Nov. 11, on the front lawn of Reeder Hall, 219 Meadville St. in Edinboro. Members of the ROTC Honor Guard will also present a 21-gun salute as tribute to the past and present military servicemembers.

“This is an important event for Edinboro to hold because – at the end of the day – our country depends on an all-volunteer force vice conscription, because serving in the military is not for everyone,” said LTC Colby Krug, commander of the Fighting Scots Battalion. “It is events like this that young men and women across our country see and may determine that it is something they also want to pursue as they get to see the community pause and remember our veteran community who wore or continue to wear the uniform.”

During the Veterans Day ceremony, LTC Krug and Dr. Michael Hannan, provost and vice president for Academic Affairs, will provide comments on the importance of occasion and the significance of honoring veterans. Guests are welcome to a brief reception inside Reeder Hall following the ceremony and tribute.

LTC Krug said that Veterans Day is not only a nationwide day of remembrance and honor for the servicemembers, but it is also a chance to teach the cadre of cadets about their futures in the Armed Forces.

“It is important to teach ROTC cadets about Veterans Day and have them participate in the formal ceremony because they could very well be among the next generation of those that are required to defend our nation's freedom,” he said. “And they need to understand that they will have the support of the community they are willing to defend. This ceremony is the perfect way to demonstrate that to them.”

Veterans Day started as a day to reflect upon the heroism of those who died in service to the U.S. Originally called Armistice Day, it fell on Nov. 11 because that is the anniversary of the signing of the Armistice that ended World War I. However, in 1954, the holiday was changed to Veterans Day in order to account for veterans in all wars.

LTC Krug explained that veterans on campus and in classrooms at Edinboro enhance the diverse background of the student and faculty contributions. 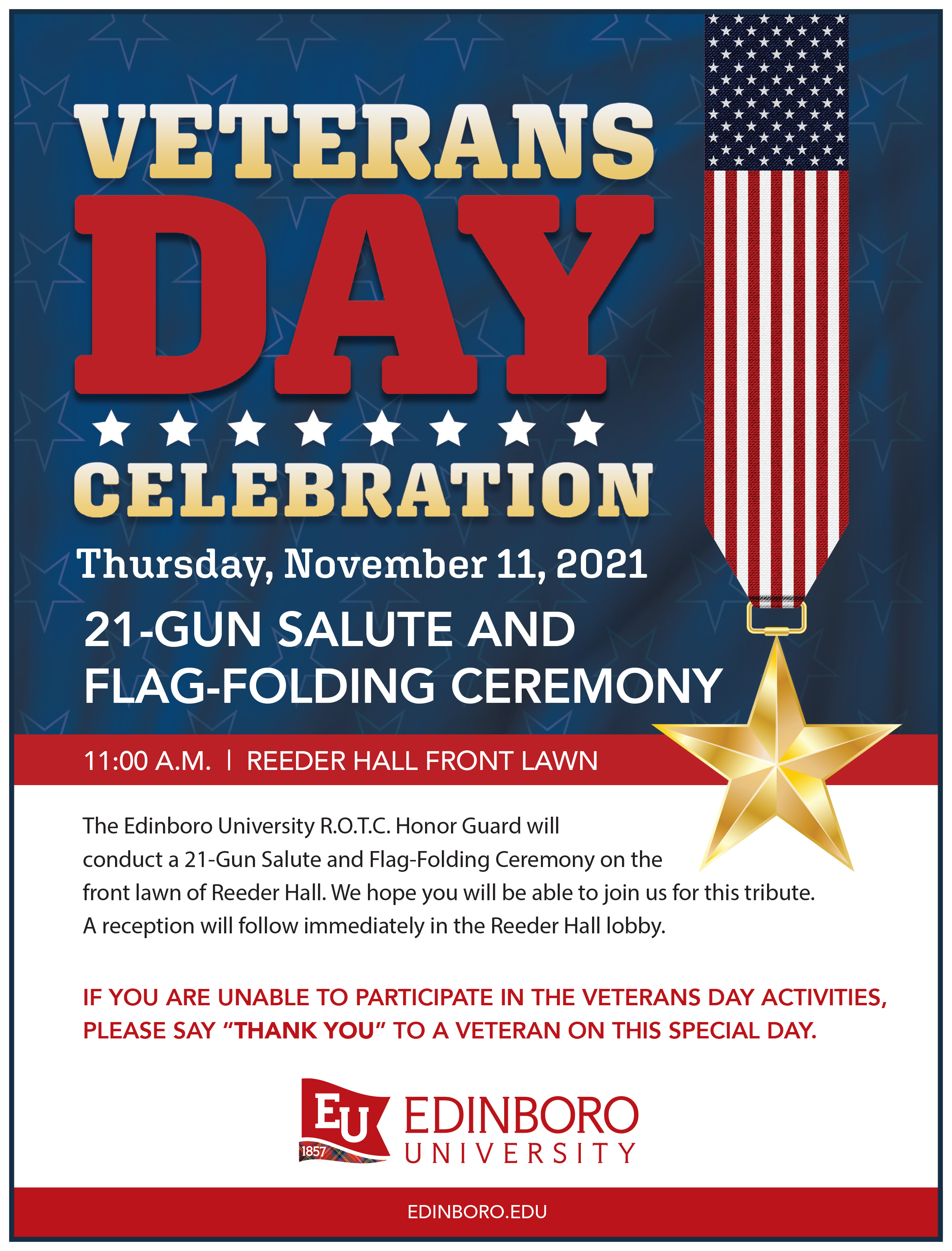