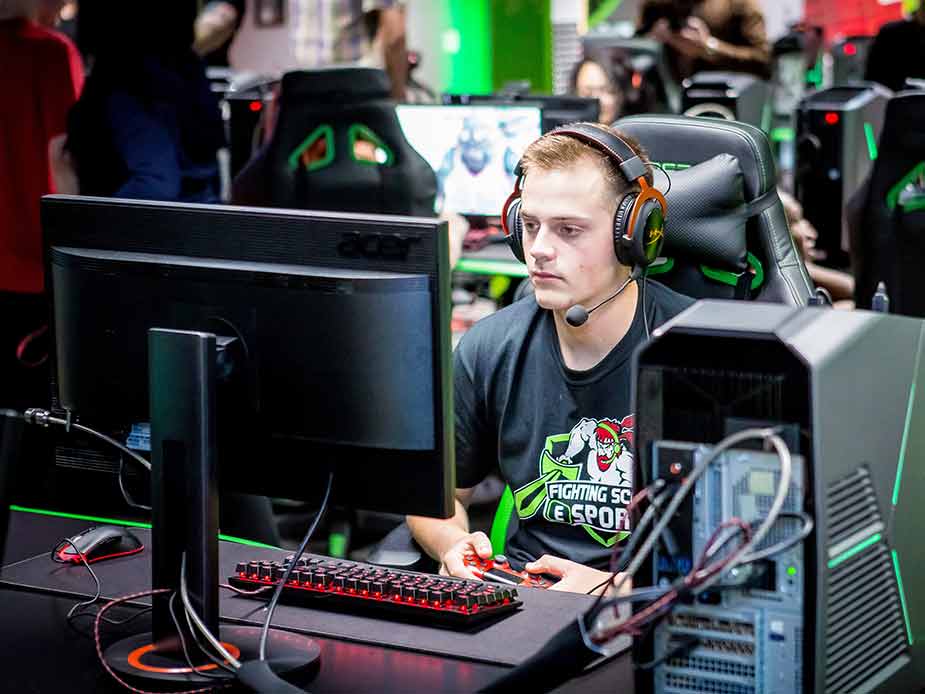 Calling all campus gamers – here’s your chance to compete among the best in the nation as a member of the Fighting Scots eSports team.

The Edinboro University competitive eSports team is hosting tryouts for spring 2022, starting Saturday, Jan. 22, through Friday, Jan. 28. Tryouts will be held from 7-9 p.m. each day in the eSports lab, located in the lower level of Hamilton Hall, 210 Glasgow Road, in the heart of campus.

Scholarship opportunities may be available for those who compete.

Qualities of a team member include those who work effectively in a team atmosphere, respond well to coaching and feedback and demonstrate a positive and inclusive attitude with dedication. No prior competitive gaming experience is required to join.

Fighting Scots eSports is looking for competitors for the following games:

Recently, the Fighting Scots were named one of the 50 World Class College eSports Programs. Liquid Luck released a list of the Top 50 programs and included Edinboro in that list. Other universities that made the list include Michigan, UNC Chapel Hill, Arizona State, Ohio State and Texas A&M among several others.