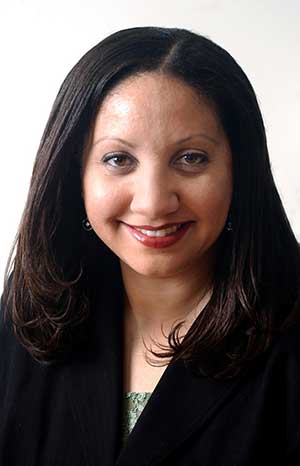 Sarah J. Glover, an Erie native who earned her master’s degree in communication studies at Edinboro University in 2007, was named a 2021 Nieman Visiting Fellow through the Nieman Foundation for Journalism at Harvard.

Glover is manager of social media strategy for NBC Owned Television Stations and former president of the National Association of Black Journalists. She is one of 12 media professionals nationwide selected for focused project work to address racial injustice and public health coverage.

According to the Nieman Foundation website, Glover will create SPARK, an open-source project that will develop actionable diversity, equity and inclusion proposals for the journalism industry. She plans to publish a series of articles to provide news leaders with business strategies that focus on dismantling bias and promote inclusive news content. She additionally will present workforce solutions and training initiatives.

Prior to joining NBC OTS, Glover worked at NBC 10 in Philadelphia from 2012-2014, the Philadelphia Daily News from 2008-2012 and The Philadelphia Inquirer from 1999-2008. For two decades, she has also been a freelance photographer for outlets including JET magazine, The Washington Post, Liberty City Press and Black Enterprise.

Glover led the Daily News video team on the Pulitzer Prize-winning “Tainted Justice” series, which resulted in a federal investigation of the Philadelphia Police Department. She covered Pope Francis’s historic U.S. visit, documenting his address to world leaders at the United Nations General Assembly, and traveled to the Middle East in 2016 to participate in the World Media Summit in Qatar.

She has been awarded fellowships from the Kiplinger Program in Public Affairs Journalism and Knight Digital Media Center. Glover founded the “Diverse Social Media Editors & Digital Journalists” Facebook Group, a platform for education, advocacy and training for journalists of color. In addition to her NABJ service, she has also served on the Board of Governors of the Pen and Pencil Club in Philadelphia, the oldest continuously operating U.S. press club. She holds dual undergraduate degrees in photojournalism and African American Studies from Syracuse University.

Nieman created the visiting fellowship program in 2012 to invite individuals with promising journalism research proposals to take advantage of the many resources at Harvard University and the Nieman Foundation.