Edinboro University honors Courtright as Faculty Member of the Year 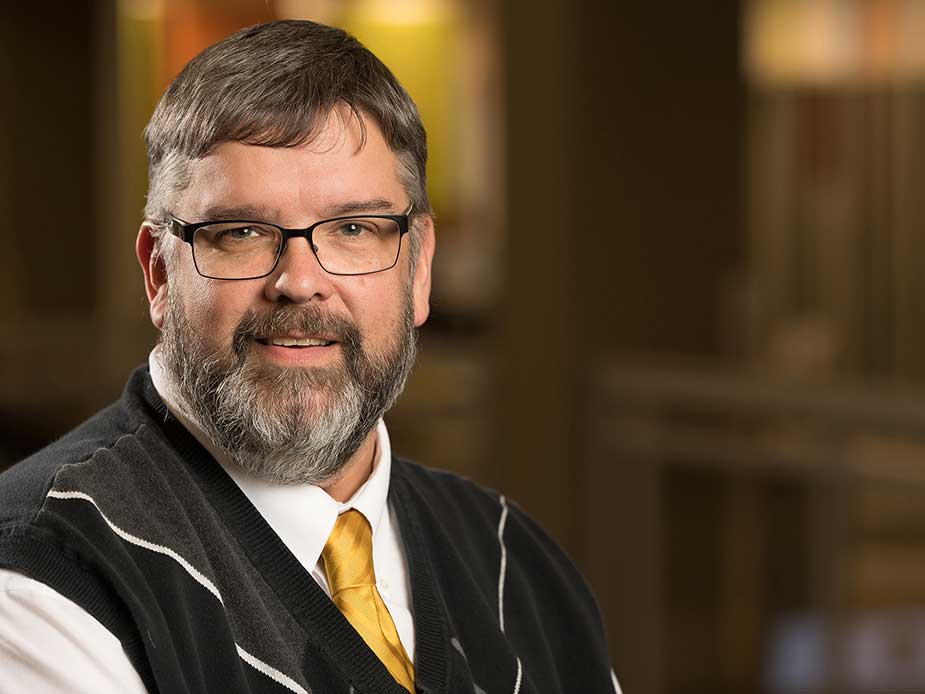 The annual award honors a tenured professor who demonstrates outstanding excellence in teaching.

Courtright, who joined Edinboro University’s faculty in 2001 after nearly a decade as a probation officer in New York, described himself as the professor who takes students outside of the classroom – visiting criminal justice facilities such as the State Correctional Institute at Albion and the Erie County Prison system.

“Sometimes bridging the gap between the classroom and a potential job is more challenging,” said Courtright, whose teaching philosophy relies on connecting criminal justice theory with practical applications. “These activities have parlayed into internships and jobs for some participating students.”

“If he sees that students are struggling with a topic he will address it in-depth,” said Hodapp, who nominated Dr. Courtright. “He spends countless amounts of time on Saturdays and Sundays answering emails and grading tests. Hands down best professor at Edinboro University.”

He served as principal investigator of a research project funded by the Center for Rural Pennsylvania that examined the economic impact and community satisfaction levels of selected state prisons located within the Commonwealth of Pennsylvania.

Along with collaborator David A. Mackey, he has developed two attitudinal scales – one measuring one’s propensity for punitiveness and the other measuring the rehabilitative ideal (one’s belief in the rehabilitation of offenders over punishment and retribution) and remains interested in studying and measuring the construct of empathy and its impact upon delinquent/criminal behavior.

In his spare time, he likes to enjoy the great outdoors, spend time with his family and woodwork.