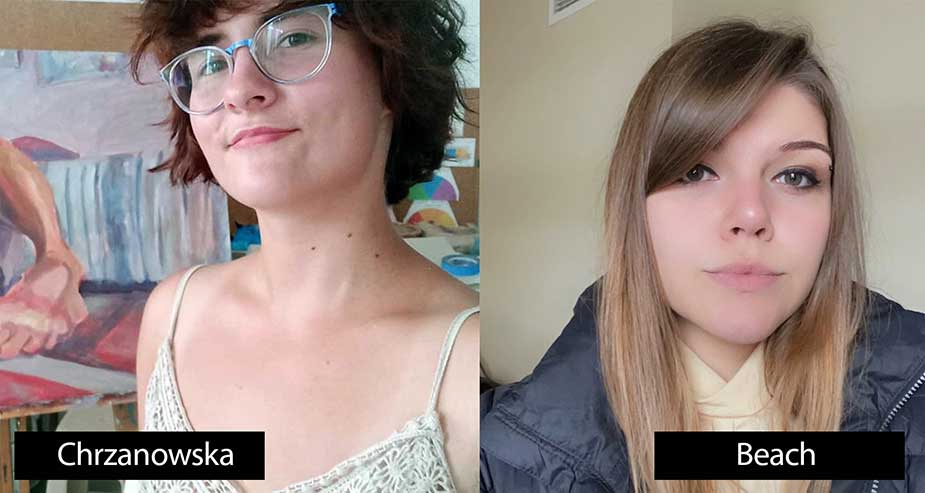 Two Edinboro University student-artists were among five winners at the National Juried Printmaking Exhibition, which was held in November. 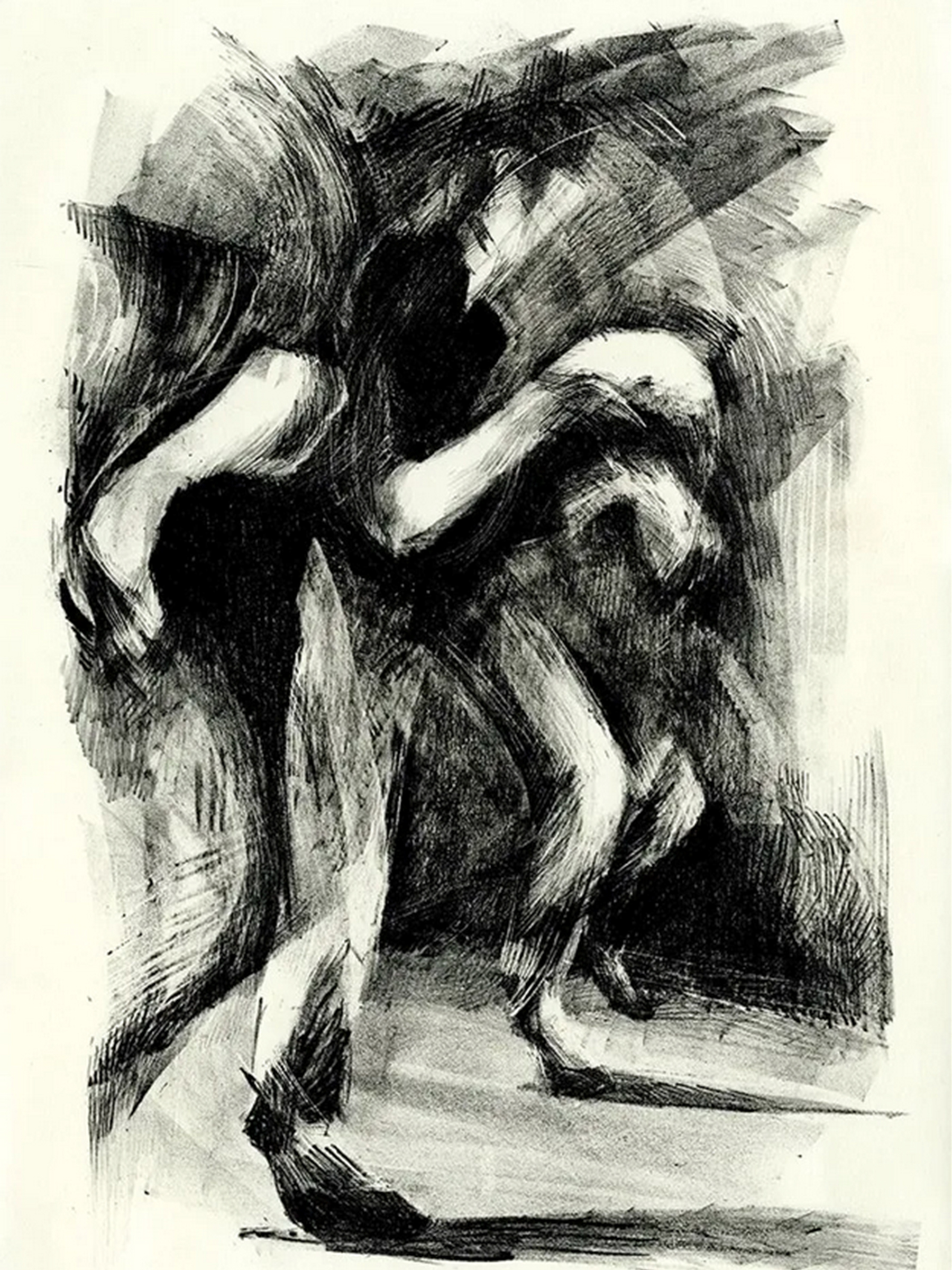 Chrzanowska earned a second-place award for her 19-by-13 lithograph “Rubber Legs,” which was inspired by the memory of motion. The piece is part of a series of work trying to grasp the inevitability of memories constantly changing, yet still giving individuals the essence of the people and places that affect us.

“It's always encouraging to be recognized at any show, let alone one across the state and one that was open to applicants from the whole country,” said Chrzanowska, a Cranberry Township, Pa., native pursuing a Painting and Ceramics concentration and a minor in Printmaking. “I was very pleased to see myself and Liz place in the national undergrad section. My deepest thanks go to [Edinboro professors] Bill Mathie and Malcolm Christhilf, both of whom have supported and challenged me in my printmaking journey.”

In her lithograph, Chrzanowska aimed to capture the fragmentation of both a body in motion, and the imperfection of recollecting such a galvanic moment.

“Using the sensitive nature of the stone, I'm able to capture immediate marks, quickly building form and value, followed by energetically scratching out parts in order to build a deeper, more buzzing image,” she said. 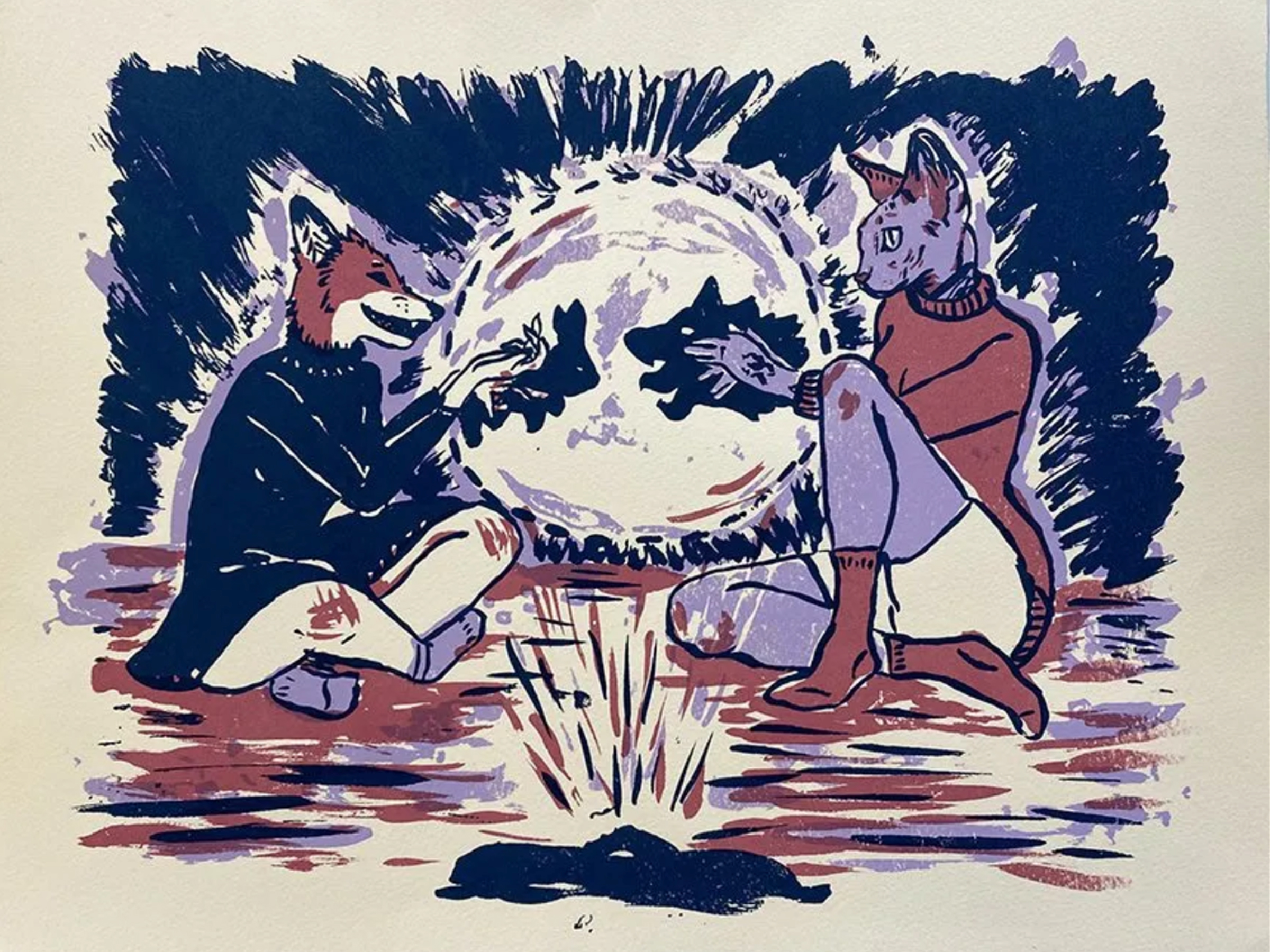 Beach earned the Award of Excellence for her 17-by-14 screen print titled “Making Memories," which was inspired by childhood memories of watching movies on a projector and laying on the floor with piles of pillows and blankets.

“After a movie was over, we would dance and make shadow puppets in front of the projector,” said Beach, a Franklin, Pa., native pursuing a concentration in Printmaking. “It was such a pleasure and honor to be part of the National Juried Show in Sacramento, and I hope to continue being a part of these kind of shows with other great artists.”

Founded in 1939 by a group of fine artists, the Northern California Arts Inc. is a dynamic nonprofit art organization in the Sacramento Region. The original mission of the group is to promote the appreciation of and the participation in the visual arts and to spearhead art education in the community.