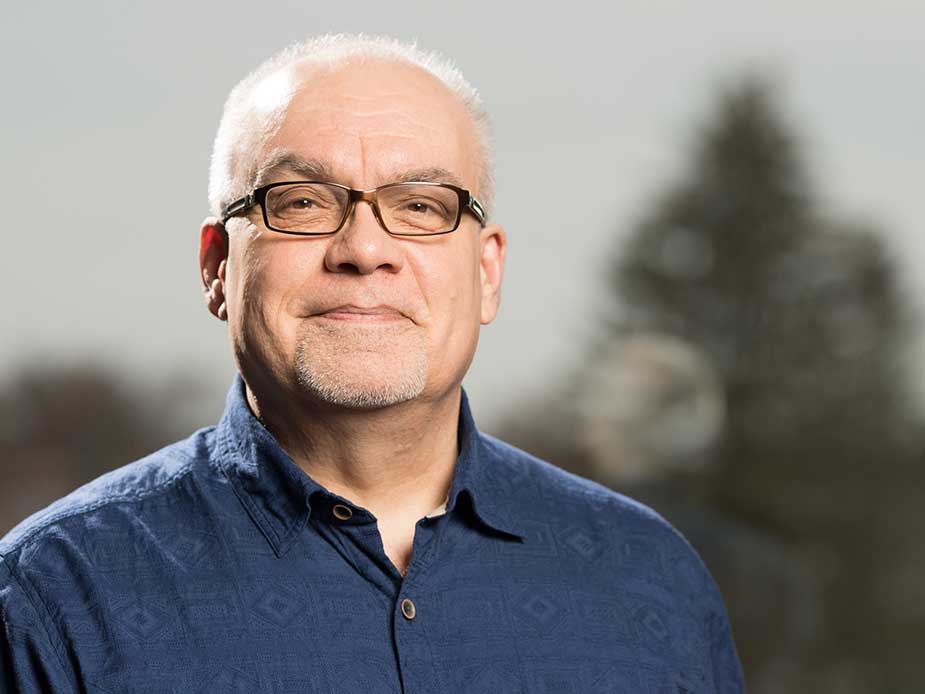 This breadth of experience laid the foundation for the retired Edinboro professor’s new collection of poetry, “The Soul of Rock & Roll: Poems Acoustic, Electric & Remixed, 1980-2020” published by Broadstone Books.

Repp’s outsized life might be difficult to capture in one collection. However, this “greatest hits” collection spans some of his life experiences as a jack of all trades through his tenure at Edinboro from 1991 until his 2020 retirement.

About 18 months ago, Repp found himself poking around his previously published collections and some unpublished poetry dating back to 1978. During the process of packing and unpacking his Edinboro office, he dug through musty storage cartons and shuffled among a variety of browning pages and crispy issues of obscure and occasionally not obscure literary journals.

"I read and reread all this stuff – frequently suppressing my gag reflex – but also revising the few of these often ancient poems that seemed to still have life,” Repp said. "And found myself messing around with different arrangements of a something-or-other-maybe-book-or-chapbook that with further fiddling revealed itself to be a selected and new collection, just because I’ve been writing and publishing poetry for 44 years and counting.”

A native of the Pine Barrens region of New Jersey – which commonly appears in his writing – Repp compiled nearly four decades of writing for this book. Repp pairs music with his own personal history – such is the case with “The Tiny-Montgomery-Mother-Poem,” where he uses “The Basement Tapes” from Bob Dylan and The Band as background when his mother is dying.

Notable authors and book publishers have offered their praise for Repp’s new collection, which is available through Broadstone Books or Amazon.

“He memorializes the people, places, and times that have shaped his imagination, one that is precise and vivid and evocative,” added Keith Taylor, author of “The Bird-while” from Wayne State University Press. “John Repp has given us a great gift in this book, this work, a gift that I, for one, will cherish.”

Repp grew up along the Blackwater Branch of the Maurice River in New Jersey and later lived in northern New Hampshire, Michigan's Lower Peninsula, Pittsburgh, Boston and Crawford Township before settling in Erie, Pa., in 2000 with his wife, visual artist Katherine Knupp, and son, martial artist Dylan Repp.

His most recent work – the chapbook “Cold-Running Current” – was published in January 2020 by Alice Greene & Co.

Repp has published more than a dozen books and chapbooks and has contributed poetry, fiction and drama to publications such as Poetry, The Iowa Review, Prairie Schooner, Gargoyle and the Kenyon Review.