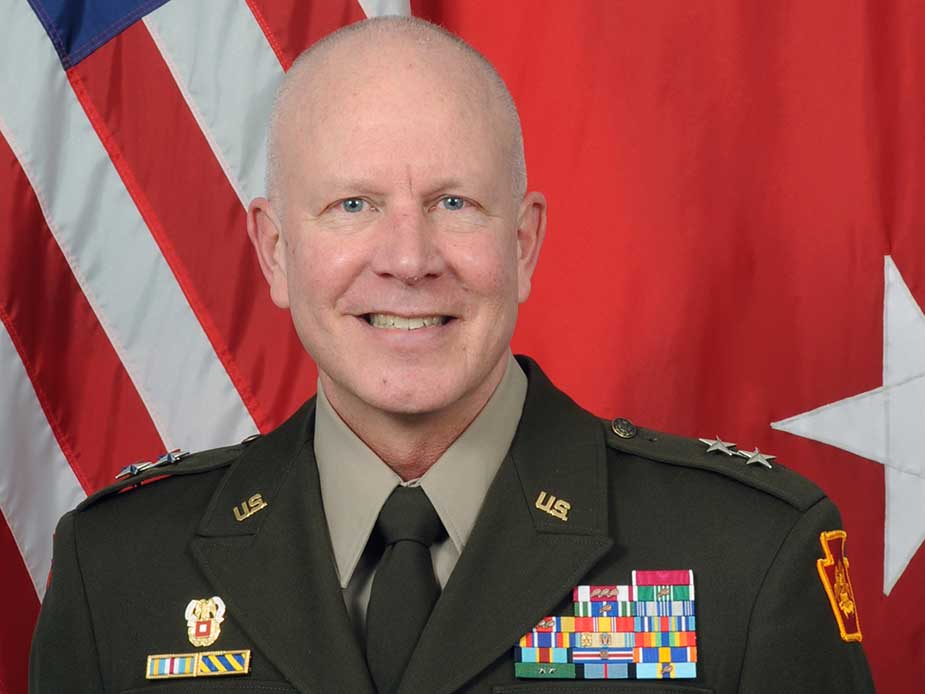 Maj. Gen. Mark J. Schindler has served in the capacity since December

Maj. Gen. Mark J. Schindler (’87), who earned his bachelor’s degree in Communications and served as an ROTC cadet at Edinboro University, was confirmed by the State Senate to serve as the 54th Adjutant General of Pennsylvania.

Schindler, who was officially confirmed on June 21, assumed the cabinet-level duties on Dec. 5, 2020, after the retirement of Maj. Gen. Anthony Carrelli. Prior to his current post, Schindler – a 33-year veteran of the Pennsylvania National Guard – served as the Deputy Adjutant General.

“It is an honor and privilege to be confirmed as the Adjutant General of Pennsylvania," Schindler said. "I am grateful to Governor Wolf and the Senate of Pennsylvania for their support and trust in my ability."

In this position with the Department of Military and Veterans Affairs – headquartered at Pennsylvania’s Fort Indiantown Gap, Maj. Gen. Schindler oversees a combined state and federal budget of over $966 million. He is responsible for the command and control of approximately 18,500 Army and Air National Guard members, a complement of 2,500 commonwealth employees and six state-owned veteran homes and programs for Pennsylvania’s nearly 800,000 veterans.

Amanda Brown Sissem, Edinboro’s interim assistant vice president of Advancement and director of Alumni Engagement said that Schindler’s appointment is a testament to the legacy of Edinboro’s ROTC program and his personal dedication to leadership.

“General Schindler might not have envisioned his current post while in his earlier days on Edinboro’s campus, but we’re proud to have been a part of his journey,” she said. “We are very thankful for his service and wish him all the best as he makes decisions and allocates resources to improve the lives of veterans, active service members and the communities that they serve.”

Maj. Gen. Schindler deployed as commander of the 55th Military Engagement Team in Jordan during combat operations in support of Operation Enduring Freedom in 2012-2013.