‘Movies Under the Stars’ returns to Edinboro campus for 2022 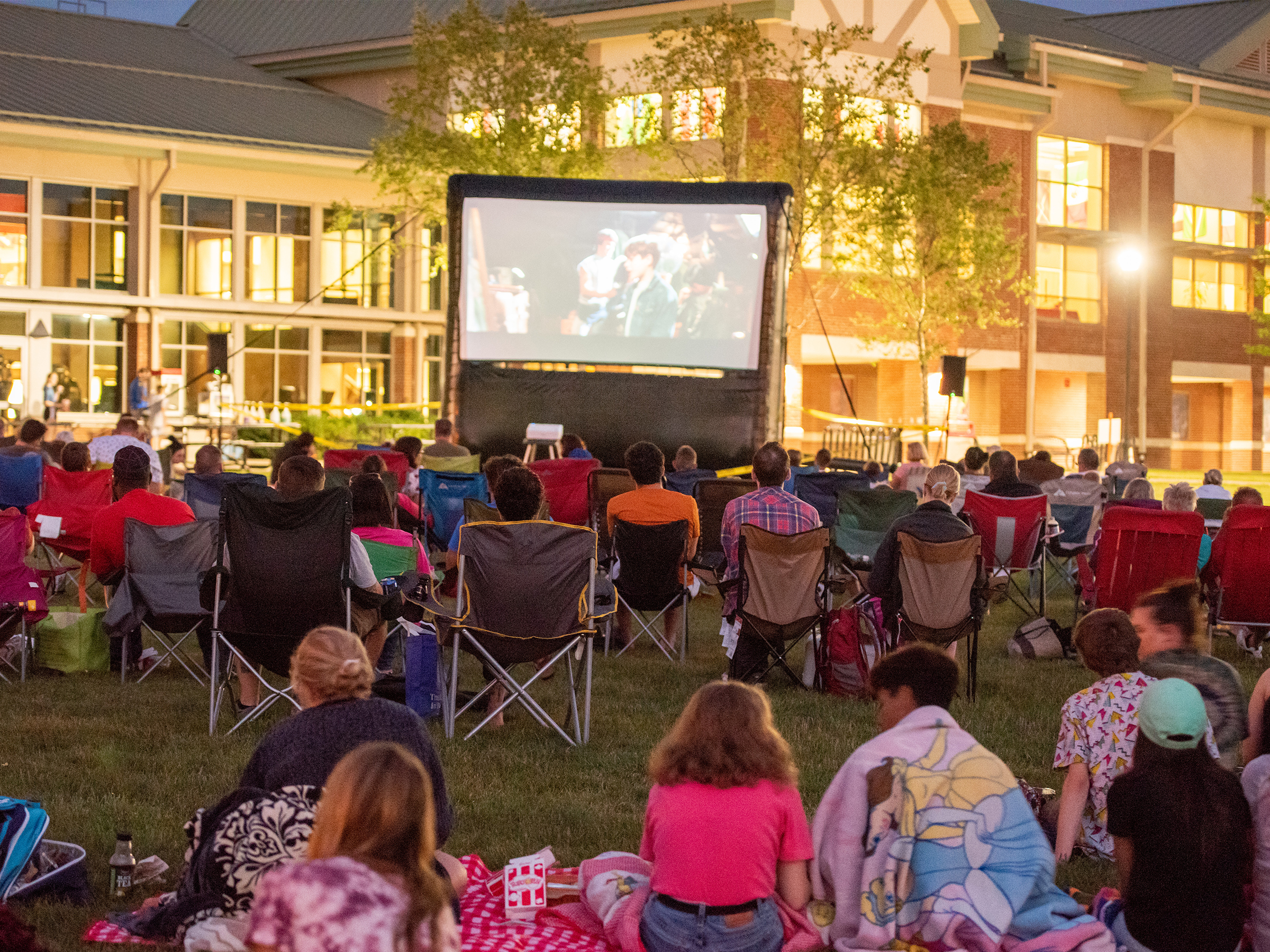 Edinboro University and the Borough of Edinboro are bringing back the popular “Movies Under the Stars” series for the fifth year – featuring a selection of free, family-friendly movies selected by the Edinboro community.

The outdoor movie series is scheduled for Thursdays during the months of July and August, starting July 14. Edinboro University will host the first three films on the lawn behind Frank G. Pogue Student Center, and the final three will be held at Goodell Gardens & Homestead (221 Waterford Street).

Movies will begin promptly at 9 p.m., with no cost for attendance. At the Edinboro University events, guests may park in the lot across from McComb Fieldhouse or next to the Baron-Forness Library.

Guests are encouraged to bring lawn chairs, blankets and their favorite movie-watching snacks.

July 14: “Madagascar” (PG, 1 hour, 26 mins) A group of animals who have spent all their life in a New York zoo end up in the jungles of Madagascar and must adjust to living in the wild. Featuring voice contributions from Ben Stiller, Chris Rock, David Schwimmer and Jada Pinkett Smith.

July 21: “Mulan” (G, 1 hour, 28 mins) To save her father from death in the army, a young maiden secretly goes in his place and becomes one of China's greatest heroines in the process. The animated film was nominated for a 1999 Academy Award for Best Music. Featuring the voices of Ming-Na Wen, Eddie Murphy and B.D. Wong.

July 28: “Napoleon Dynamite” (PG, 1 hour, 36 mins) A listless and alienated teenager decides to help his new friend win the class presidency in their small western high school, while dealing with his bizarre family life back home. The film stars Jon Heder as the title character, Jon Gries as “Uncle Rico” and Efren Ramirez as “Pedro.”

Aug. 4: “Lilo & Stitch” (PG, 1 hour, 25 mins) A young and parentless girl adopts a 'dog' from the local pound, completely unaware that it's supposedly a dangerous scientific experiment that's taken refuge on Earth and is now hiding from its creator and those who see it as a menace. The film features the voices of Daveigh Chase (Lilo), Chris Sanders (Stitch) and Tia Carrera (Nani).

Aug. 18: “Back to the Future” (PG, 1 hour, 56 mins) Buckle up to see Marty McFly, a 17-year-old high school student, accidentally sent 30 years into the past in a time-traveling DeLorean invented by his close friend, the eccentric scientist Doc Brown. The 1985 film features Michael J. Fox, Christopher Lloyd and Lea Thompson.