The ROTC Program at Edinboro University started in 1973. We are proud of our battalion history and the success of this important program. 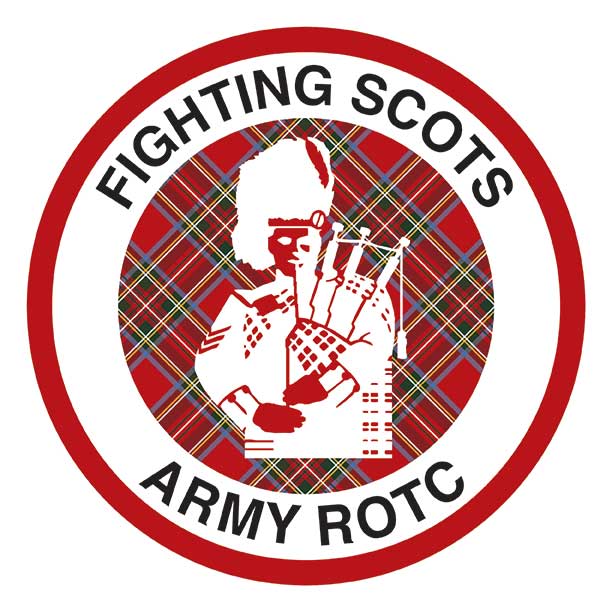 Army ROTC was introduced at Edinboro University of Pennsylvania in 1973 through a partnership with Gannon University. In 2002, an independent program was established here, and it has commissioned more than 200 Army officers throughout its history.

Army ROTC remains an important resource for our nation by providing university students with a values-based experience that contributes to success in both college and career. Select students who meet the requirements and earn commissions in the Army will be the leaders our citizens can rely on now, and in the future, to protect our nation in a challenging and complicated security environment.

Edinboro University's ROTC Program offers a first-rate military education to supplement the other fine academic offerings of the university. Edinboro University ROTC graduates are currently serving successfully in the Army in leadership positions throughout the world.

The Army Reserve Officers’ Training Corps (ROTC), as it exists today, began with President Woodrow Wilson signing the National Defense Act of 1916. Although military training had been taking place in civilian colleges and universities as early as 1819, the signing of the National Defense Act brought this training under a single, federally controlled entity: The Reserve Officers’ Training Corps.

Having commissioned more than a half million second lieutenants, Army ROTC is the largest officer-producing organization within the American military.

Since 1972–1973, women have been an integral part of the Army. During 1975–1976, the first group of females from ROTC were commissioned. Today, women constitute 20% of the Corps of Cadets and more that 15% of each commissioning cohort.

Formed in April 1986 with its headquarters at Fort Monroe, Va., the U.S. Army Cadet Command assumed responsibility for more than 400 senior ROTC units, four regional headquarters and the Junior ROTC, with programs in more than 800 high schools.

Cadet Command transformed ROTC from a decentralized organization, turning out a heterogeneous group of junior officers into a centralized command producing lieutenants of high and uniform quality. An improved command and control apparatus, an intensification and standardization of training, and improvements in leadership assessment and development helped produce this transformation of pre-commissioning preparation. 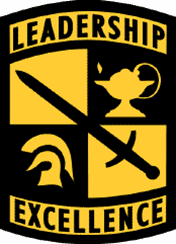 The Cadet Command Shield symbolizes the Army mission of National Defense and is divided into quarters, representing the four traditional Military Science Courses comprising the Senior ROTC curriculum. The Sword signifies courage, gallantry and self-sacrifice intrinsic to the profession of arms. The Lamp denotes the pursuit of knowledge, higher learning and the partnership of Army ROTC with American colleges and universities. The Greek Helmet is symbolic of the ancient civilization concept of the Warrior Scholar. The motto “Leadership Excellence” expresses the ultimate responsibility of Army ROTC in the discharge of its moral responsibility to the nation.

Formal approval was granted by the U.S. Army Institute of Heraldry on Aug. 22, 1986.