Dr. Michael Hannan is the Provost and Vice President for Academic Affairs at Edinboro University. 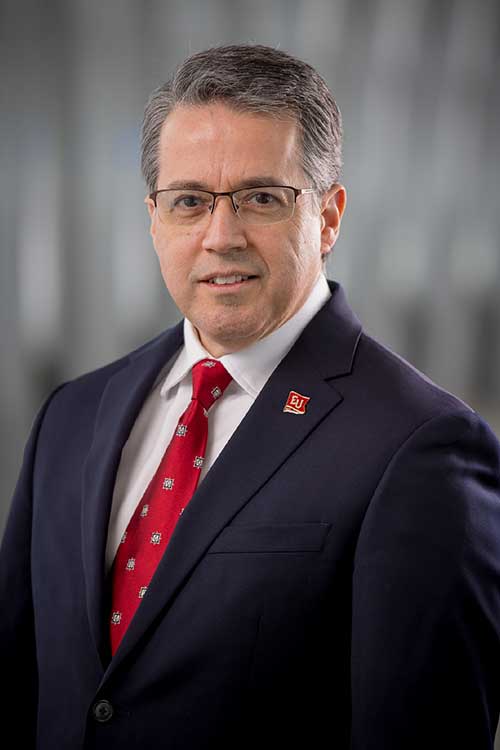 Dr. Michael Hannan was named Provost and Vice President for Academic Affairs in 2014 after serving in an interim capacity since 2012. Dr. Hannan had formerly held the position of Founding Dean of the School of Business, following his service as Associate Dean for the College of Arts and Sciences and the School of Science, Management and Technology. In these positions, his primary focus was on support for accreditations and curriculum development across multiple programs. Dr. Hannan also served for eight years as Chairperson of the Department of Business and Economics, where his teaching centered on economic theory, applied statistics, modeling and forecasting.

From April 2018 until June 2019, he served as Interim President of Edinboro University.

Dr. Hannan joined Edinboro University in 1988 after earning his Ph.D. in Resource Economics from West Virginia University, specializing in regional economics and economic modeling. He also earned a B.A. in Economics from the University of Pittsburgh in 1984 with a minor in Political Science.

His research interests are in the areas of pedagogy, economic modeling, forecasting and macroeconomics, and he has published in the Pennsylvania Economic Review and the International Regional Science Review, the International Journal of Business and Social Science and The Prison Journal, among others.